FOR many residents on Grand Bahama, the destruction brought by Hurricane Dorian has only compounded the frustration of trying to make a living in an already anaemic economy that has not been able to fully recover from previous storms more than a decade ago.

Prior to Hurricane Dorian, the island’s unemployment rate was 10.9 percent, according to data released by the Department of Statistics in May.

However, latest door-to-door assessments conducted on the island by the Department of Social Services has revealed that nearly 50 percent of Grand Bahamians are unemployed after Dorian.

In the report, “Post-Hurricane Social Trends in Grand Bahama,” unemployment in Freeport was 47 percent; 48 percent in East End; and 60 percent in West End as of November 5.

Some residents have left the island in search of job opportunities in New Providence, and abroad in the US, Canada, and even in the UK.

During a recent walkabout, The Tribune spoke with several persons about unemployment in Grand Bahama, many of whom seemed downcast about the employment situation on the island. 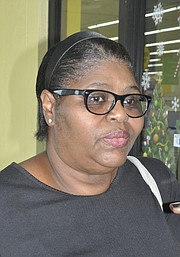 Lavenia – who was unemployed before the storm – is fearful she will be pushed out of the job pool by younger candidates suddenly out of work due to Dorian.

“I have been unemployed for almost a year. . .Now, with the storm you have younger persons than me and it is kind of hard to just find jobs,” she sighed in frustration.

“You have so many families that are split up because the head of the household has either moved to another island for work. And even now, islands that persons (would) have gone to have gotten devastated. So, moving to somewhere (else) is not even an option.”

Grand Bahama is a frequent target of major storms.

The Royal Oasis Resort – one of the island’s anchor hotels — suffered hurricane damage and closed in 2004, leaving about 1,200 residents out of work and affected the economy.

In 2016, Hurricane Matthew also caused significant damage to the Grand Lucayan resort, where two of three hotels, and the casino closed.

Lavenia, a mother of two, is very concerned about the future of her children in Grand Bahama and would rather them leave for better job opportunities and a better future. 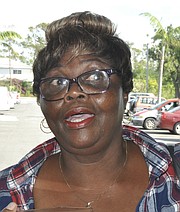 “We need jobs in Grand Bahama, but I don’t see no way right now. Nothing is happening. The people – a lot of them - are suffering,” she said.

Families are still struggling, despite relief efforts from the government, said Ms Bain.

“People trying to give a little bag here and there, but that is not sufficient for families because you have to pay light bill, water bill, rent, and some people have mortgages they need to pay, and it is hard on everybody.

“We have to keep on praying and asking God to open doors. Pray for the businesses, that they would be prosperous and would be able to hire more people,” she added. “My house, right now, is in disarray because I have no insurance, everything tear down; the car, everything is gone. But I thank God I am still alive.”

The retiree, like many others on the island, had hoped the Grand Lucayan would have been sold and fully reopened by now.

“My grandchildren are unemployed, and so I keep on hoping that better would come. I thought the hotel would have already been opened up and running; we have a lot of promises, but we need some action,” she said. 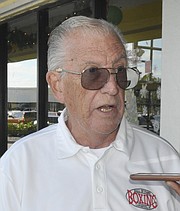 Well-known resident Terry Goldsmith believes that the unemployment situation in Grand Bahama will give rise to crime.

“What is good to see is how everybody has come together as a nation family. What the problem is I believe, other than unemployment, we are going to see an increase in crime. Not just young people, but all over.

Despite the uncertainty in Grand Bahama, Mr Goldsmith is optimistic that residents will bounce back.

“I been here 52 years in The Bahamas, and Bahamians are resilient. They always make noise, but they always come back and I am proud to say I am a Bahamian now,” he said. 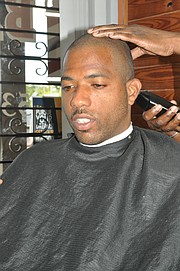 Cruz Alevaraes lamented that the cost of living in Grand Bahama is high, while salaries and wages are low.

“People are still fighting with unemployment in addition to low wages, and the cost of living in Grand Bahama is high,” said Mr Alevaraes.

“A number of things needs to be addressed. We are losing the employment sector in Grand Bahama as a result of a dragging economy. That is just the reality, and nobody seems to be in a capacity to do anything about it,” he said.

Deputy Prime Minister and Minister of Finance Peter Turnquest said that an assessment report by the Department of Social Services is not an official statistics report and should not have been released.

Mr Turnquest also noted that the report was taken immediately after the hurricane when many businesses were still closed.

He stated that persons would have reported that they were unemployed because businesses had not yet reopened.

He believes that the unemployment percentage in Grand Bahama could not be accurate as some businesses have reopened and resumed operations, and persons have returned to work.

Third anniversary for this government is next May. To date not one single accomplishment in GB. Not one. If anything our situation has gotten worse. What bugs me the most is our major hotels are now owned by this government and they have done NOHTING with them, no renovations, no opening of anything. If you're going to buy a hotel at least OPEN IT and give us the jobs we need. This whole RCCL fantasy is just that, FANTASY. Turnquest told us he had to kill the Wynn deal due to the concessions Wynn asked for. Well bulla RCCL ga drown you in concession requests. So best for you to come to the table now with reality, there is no deal, there won't be a deal so OPEN OUR HOTELS....

Yes, of course, let's take the Social Service report with a grain of salt. LOL. They should know WE are taking the reports of tens of millions of dollars in international donations with a grain of salt too - because we see no results and no accounting.

The FNM should be renamed the "No Accounting Party" (NAP) and that's what it seems they are doing - taking a nap.