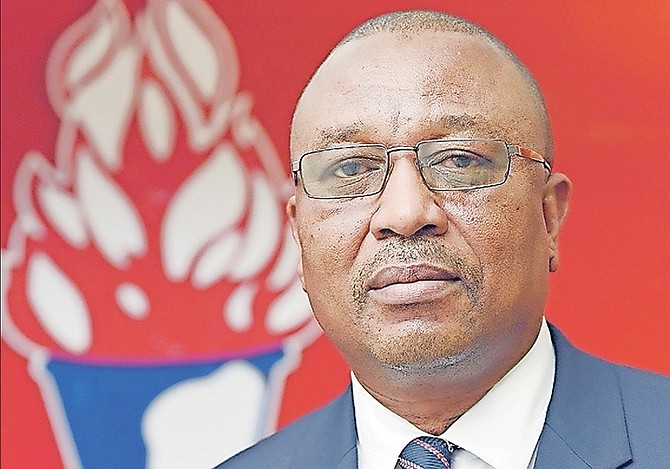 Mr Culmer told The Tribune he viewed Mr Davis’ demand as an attempt at gaining political mileage from just about anything that sparks public interest.

He said Mr Davis and PLP Chairman Fred Mitchell need to realise it was time for them to retire from politics and allow the FNM to dig the country out of the rut the former Christie administration left behind.

On Sunday, Mr Davis said there were also grounds for a civil suit to be considered in the aftermath of the acquittal of the former PLP senator, although he added Mr Smith cannot be “compensated monetarily” for the ordeal he and his family have experienced.

In her judgment, Chief Magistrate Ferguson-Pratt criticised both ministers for the “egregious” way in which they interacted with Mr Smith’s accuser Barbara Hanna prior to a police investigation into her claims, charging that their conduct gave the appearance of a “political flavour to a curious bystander.”

Mr Culmer said: “It’s very laughable that the leader of the Progressive Liberal Party would make such a call of resignation of persons who are performing such as Sands and Dames.

“The Bahamian people are waiting for reports on the Bahamas Agricultural and Marine Science Institute (BAMSI). Reports on him giving contracts to persons who were not qualified to perform work at BAMSI, and that sort of thing. So it’s amazing that he would make such a call.

“Brave Davis and the PLP hierarchy have served their time and they should just go and allow the FNM government to try and move this country to where it needs to be.”

Mr Culmer added: “It’s about time that he realise that his time of doing service to the country at the political level is finished and he needs to go and retire and allow the persons running the country to run the country. The PLP needs to look for new leadership because Fred and Davis they have put the country in the position that it is in today. The government has to reach back and bring the country out of the mess it is in.”

However, Mr Culmer would not comment definitively on whether the details which emerged during the trial could be damaging to his party, saying he is waiting on the outcome of the government’s planned appeal.

“It’s being appealed so I would like to see the facts that will come out from what happened as to why such a ruling was made. Listening to some of the reasons why, you fear that the two ministers created the problem, but it’s at the appeal level so let’s see what happened.”

Meanwhile, Mr Dames defended himself again yesterday while Dr Sands on the other hand declined comment when he was contacted.

“Well, I can’t talk about the case, the case is still before the court and I want to respect the process,” Mr Dames said yesterday following the signing of a memorandum of understanding signing with Canada’s corrections commissioner at police headquarters. “Obviously, it will be up to the director of public prosecutions to look and determine whether he feels it necessary to appeal, and that is in their hands, so I don’t wish to speak to that.

“. . .Now, we can address the political side of it and yes, calls were made for my resignation, but for what? It is ridiculous, you know. It is nonsense and I don’t wish to spend a considerable amount of my time addressing it. We’re in a place in this country where Bahamians are sick and tired about the level of crime.

“They are sick and tired about corruption, right, and corruption in high places as well. This is not politics. This is me speaking to the real issues that impact the people of this nation. We don’t see leaders in court everyday chasing behind the poor man Over-the-Hill and many of them are paraded before the courts every day. We don’t see a parade of leaders behind them cheering and saying, ‘yeah, you won,’ all right.

“I am not going to get into this business of playing the old political games that some people are so accustomed to playing. Let them continue to play, I want to stay focused on what I do.”

Not sure why this failed chairman's opinion or voice is still published in papers.

He's worst to ever man that office from either PLP or FNM side.

He's out of touch.

No one notices when he speaks or not. He adds zero value to the party or the country..