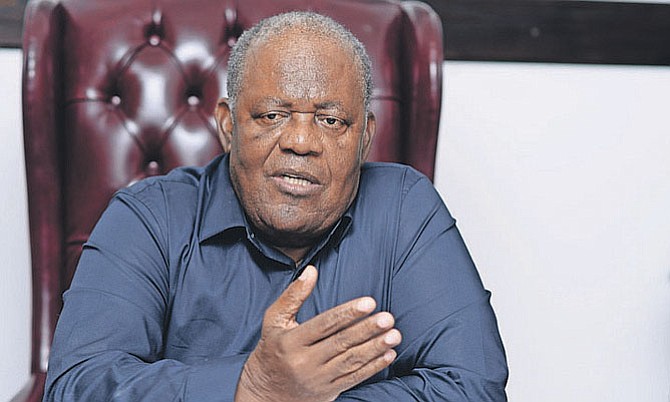 “I am disappointed and distressed that the vacancy has not been filled and so should the community as it should have been filled a long time ago,” he told The Tribune yesterday.

Asked for a response, Erica Wells, communications director in the Office of the Prime Minister, said a person has been identified and agreed upon for the role. “An announcement will come shortly,” she said.

“The Acting Chief Justice Vera Watkins will continue to act until an appointment is made but we’ve had discussions with her already.”

They said they are satisfied with who the prime minister has chosen. They suggested it may take awhile before the appointee officially takes office because the person will need time to wind up his/her current affairs.

“The issue,” he said, “now turns to the appointment of his replacement and what we can say is this, the prime minister is not constitutionally bound to consult us but to his credit he consulted the Bar and we gave him a view on the question that was asked of us.

Mrs Lewis-Johnson added: “From Bar Council we understand and accept the need for delay. We appreciate there was no legal obligation for us to be consulted and we appreciate having been consulted.”

Neither could say when Dr Minnis made his decision and when the countdown began for his choice to wind up his/her affairs.

The delays in filling the substantive chief justice post are without precedent in the modern era.

According to Supreme Court records, it has on average taken mere days for the transition from one substantive holder of the office to another to take place.

Yes, or no next step be appointed Knight by we beloved Queen Liz, can add “Sir” be Comrade Sir Brian M Moree QC Chief Justice of the Supreme Court Colony of Out Islands, yes, no?

Well it looks like the "bar" association make HAI look like a meddling old man. . .it is called following the rules set out in PSC. . .if the former PM and other who held the job in the past were following the rules and being fair and balanced in their appointments they would have done the same thing. . .JUST AS THEY DO IN ALLPUBLIC SERVICE DEPARTMENTS. . .

Who cares what the FNM Papa says, Not roc wit doc for sure. The FNM Papa worked hard and long for doc. So what is his complaint. The peoples time voter all got what they deserve.

We the people had enough of Hubert's bullshyt. The "Little Dictator Emperor" needs to STFU!