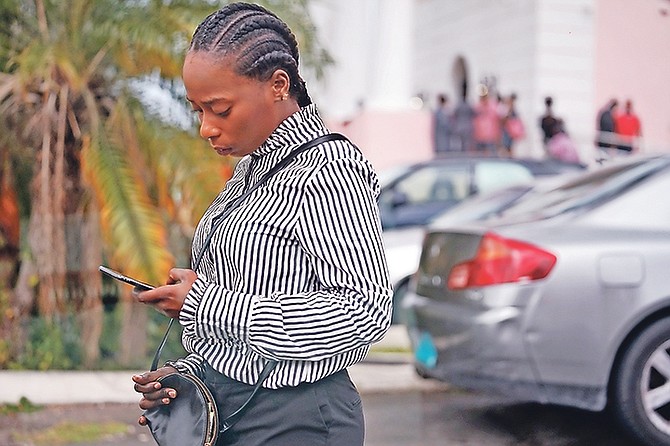 A WOMAN who went viral on social media last year had her criminal trial over alleged drug possession with intent to supply adjourned to March 27 after her co-accused failed to show in court yesterday.

Deputy Chief Magistrate Subusola Swain adjourned the matter involving Handerea “Miss Florida” Rolle after hearing that 41-year-old Kenneth Moncur of Smith’s Lane was not present in court for the trial concerning the seizure of $1,700 worth of drugs from a house last February.

Last year, Rolle, Moncur and Ilano Noel of Market Street were arraigned on allegations they were found in possession of 13 ounces of marijuana with an estimated street value of $1,700.

During trial last year, Assistant Superintendent Zhivargo Earns testified how he had caught Noel trying to flush a bowl of weed on the date in question, moments after he and two other officers broke down the door to a home on Smith’s Lane.

ASP Earns said after catching and subduing Noel, Rolle and the owner of the residence, Moncur, were found hiding in two separate rooms in the home.

Rolle gained local internet fame and the nicknames “Miss Florida” and “Boss Lady Florida” when she posted videos to social media in which she seemed not to know that Miami was located in the state of Florida.