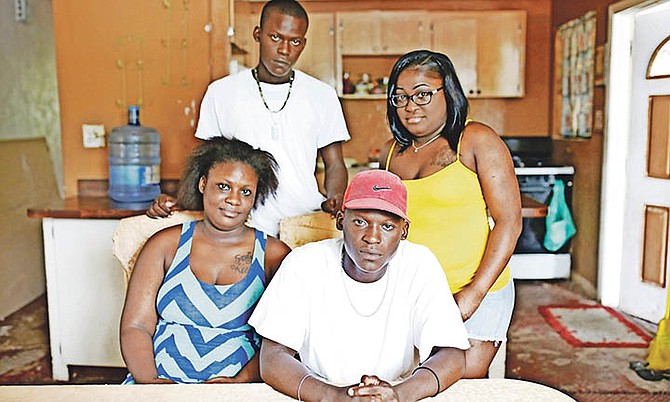 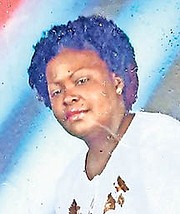 A MAN’S trial for allegedly stabbing his common-law wife to death in front of four of her five children over a decade ago will be heard before Supreme Court Justice Renea McKay.

Court officials told The Tribune that Leo Roderick Johnson’s matter concerning the August 19, 2006 murder of Ericka Fowler will come up for a case management hearing before that judge next week. A trial date has not been set as yet however.

Fowler, a former librarian and archivist at The Tribune, was 33-years-old when she was fatally stabbed. She died from her injuries in the street in front of her Comet Terrace home in Golden Gates on a Saturday night.

According to then press liaison officer Walter Evans, Fowler and a man got into a heated argument just before 9pm on the date in question in front of her home. Fowler was attacked with a sharp object, which police believed to be a knife.

When officers arrived on the scene, Fowler was lying lifeless on her back in the street. She had stab wounds about her body and several gashes to her throat.

After the incident, a man fled the area in a black Nissan Sentra. Four of her five children, as well as her mother reportedly witnessed the crime.

Johnson was charged with Fowler’s murder days after her death on August 24, 2006. He was arraigned before the Supreme Court the following year, but the case was dormant until 2014 when a trial date was set for October 24, 2016 before then-Senior Justice Jon Isaacs.

In October of 2016, Johnson tried to have the proceedings stayed permanently because of the 10-year delay in bringing the case forward, which he asserted breached his constitutional right to a trial within a reasonable time.

At the time, Johnson sought a formal declaration from the Supreme Court that Article 20(1) of the Constitution had been infringed. The grounds for the application were that his case was an abuse of the process of the court; the delay was presumptively prejudicial; that no reasonable explanation was given for the delay and that he was severely prejudiced in his defence because of the delay.

The Crown, in turn, noted the reasons for the delay were “the prevailing conditions of the limited number of trial courts in 2007, the demand for legal services and the supply of legal services in The Bahamas as contributing to the delay.”

However, Justice Isaacs ultimately ruled that “on a balance of probabilities, a fair trial can be had despite the delay and breach of the applicant’s constitutional right to a trial within a reasonable time.”

Johnson subsequently indicated his intention to file an appeal against the judge’s decision resulting in an adjournment of the matter. However, an appeal was not filed.

During her employment at The Tribune, which began in 1997, Fowler held the official title of assistant librarian and archivist. However, she was often described as the “most versatile employee” because of her ability to work in every department at the newspaper.