Will I Remain In The Fnm? Absolutely, Says Chipman 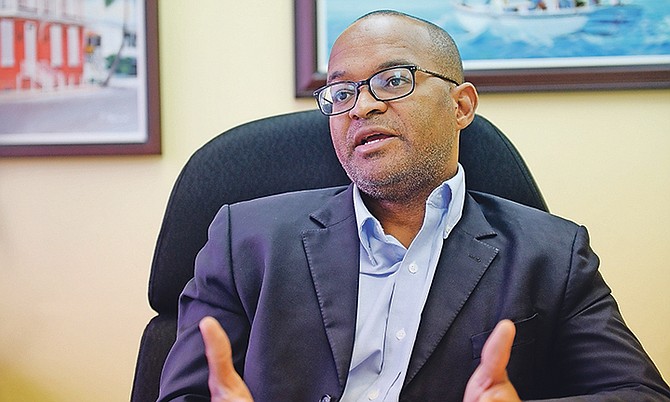 CENTREVILLE MP Reece Chipman has no plans to follow his resignation from Parliament’s Public Accounts Committee with an exit from the Free National Movement.

He said yesterday he will remain in the FNM as long as the party commits to its founding principles, which he believes are under siege but not gone.

“Absolutely I will remain in the FNM,” he said. “I’m a part of the institution. I’m probably one of the elders when you look at Cabinet or Parliament. I’ve been around (the party) from 1987. For me to even think abut leaving the organisation there would have to be something that is totally from the direction of the party because our party is built on principles.”

These principles, he said, are a commitment to transparency, accountability, integrity and democracy.

Asked if his party has been adequately transparent and accountable recently, he said “absolutely not.”

“For example we have a principle that says no conflicts of interest but we have not abided by that,” he said. Mr Chipman was among several MPs who criticised his party for the government’s contract with the Town Centre Mall to house the General Post Office since Immigration and Financial Services Minister Brent Symonette has an ownership stake in the mall.

“When our principles are in question I will stand up and vote against it,” Mr Chipman said. “When you look at the principles of the party, I will not be able to support or be a part of an organisation that totally derails them. I’ll continue to monitor the politics of our party and to ensure that it stays within the principles it was established on. If it steps out of that context, that’s when you look at how best I can help the country possibly in other areas. At this stage there is no deflection.”

Mr Chipman says his resignation from the PAC “wasn’t a matter of PLP or FNM.”

“It was a matter of principle and the House of Assembly doing what it ought to do as the head of legislation in the country,” he said. “The resignation was pretty much a signal to the next generation.”

The PAC has been mostly functionless this term. The committee is powerful when respondents, typically government institutions, satisfy its requests for information or are compelled to cooperate with its investigations. The Minnis administration has refused its requests, however, relying on a disputed interpretation of a 2015 ruling from former House Speaker Dr Kendal Major that bars the committee from reviewing anything not brought to the House by the auditor general. This interpretation severely limits the remit of the committee at a time when its leader, Cat Island, San Salvador and Rum Cay MP Philip “Brave” Davis, has sought to investigate how a contract was awarded to a contractor to renovate the Stephen Dillet Primary School in 2017 and the administration’s statements about the deficit.

In his letter explaining why he has resigned from the PAC, Mr Chipman highlighted grievances exclusively related to the PAC, such as the fact that the House has not yet established select committees to investigate the spread of fake news and natural resources like he wants.

Yes or no - enough red guard's comrade Centerville MP's wordy transcripts of pretending he's in opposition intended to enrich the done got's lots capitalist polices Minnis and KP, to officially flung he self across House floor's to opposite side. Time join in permanent opposition to red governing guard; if he can't do that, get the hell out of the House and far away from good constituents Centerville, who slayed political giant in hope that finally of someone coming along to fight for their long neglected concerns and their children's lost dreams and aspirations being represented forcefully up in PeoplesHonourableHouse. Yes, no - times growing too much more difficult Centervile's "got little to nothing" constituents for their elected MP to just pretend be "part-time" on job against Minnis and KP.