In Hindsight, I Was Wrong To Be Alone With Woman 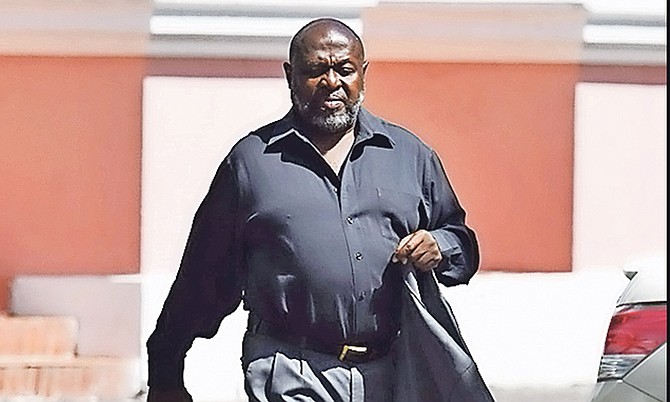 CHIEF Immigration Officer Norman Bastian yesterday maintained that it was not "improper" for him to have had sex with a Jamaican woman he questionably had in his exclusive custody and who has accused him of raping her, though, he said, in hindsight he would not do it again.

Mr Bastian, taking the witness stand before Justice Indra Charles, maintained that while he did have sex with Claudia Edwards Bethel, he did not rape the woman, and consequently denied her attorney's invitation for him to apologize for the "trauma" she suffered as a result of his actions.

However, Mr Bastian admitted to making a "professional mistake" in having Mrs Bethel in his exclusive custody without a female immigration officer present, stating: "In hindsight, I would say no, it was not proper."

Mr Bastian also admitted that the woman he used to satisfy the Department of Immigration's policy when it comes to dealing with female detainees, Marsha Curry, was not an immigration officer, but merely a friend of 30 years with whom he had grown up in the same neighbourhood. Ms Curry was present with Mr Bastian and Mrs Bethel for a portion of the time she was in Mr Bastian's custody. As to why he didn't utilise a female immigration officer as expected, he said none were available at the time.

Mr Bastian, who was promoted from senior immigration officer to chief immigration officer just months after his initial rape charges were thrown out in 2016, maintained he conducted himself "to the best of my abilities and high standards" in dealing with Mrs Bethel. "I have nothing to hide," he insisted.

Mr Bastian's testimony came during Mrs Bethel's civil suit against the government after her rape case was tossed out of Magistrate's Court in March 2016. Mr Bastian was never tried of the offence and consequently was never convicted.

Mrs Bethel, who has waived her right to anonymity, claims Mr Bastian raped her and forced her to commit oral sex after lying in wait for her in his bed naked.

Mr Bastian denies the rape and maintains the sex was consensual, claiming it was initiated by Mrs Bethel after she bluntly asked for sex after pulling down her pants and showing him the tattoos on her buttocks.

Mr Bastian's testimony also came after Mrs Bethel's attorney Fred Smith, QC, officially declined Justice Charles' offer to recuse herself because she ordered the Department of Immigration to reinstate Mr Bastian and pay him damages because the rape allegation was thrown out three years ago after a preliminary inquiry.

The inquiry was to determine whether there was sufficient evidence for Mr Bastian to stand trial in the Supreme Court over the allegations. However, the matter ended at the no-case submission stage in Mr Bastian's favour in March 2016 after Chief Magistrate Joyann Ferguson-Pratt found Mrs Bethel's testimony to be not credible and "terribly shaken".

Mr Bastian, who was interdicted and on half-pay at the time, launched an action seeking to compel his reinstatement. At the time, Justice Charles said Mr Bastian was seeking "substantial sums of money" owed to him. She said there was also talk about whether he should be promoted, but said she didn't deal with it at the time.

Nonetheless, Justice Charles said she ordered that the DOI should fully reinstate Mr Bastian and pay him damages.

At the start of yesterday's proceedings, Mr Smith said after having the opportunity to review the file and consider the relevant issues and the law, his legal team had no grounds for making any accusations of bias against Justice Charles, and thus no grounds for a recusal application. He said that was because Justice Charles was not required to and did not make any judicial determination, heard no witnesses and considered no evidence, and "was not involved in any way" in considering the merits of that matter.

However, he said, the respondents in the matter ought to have been produced earlier, as he previously stated he had "no idea" of Mr Bastian's other court action.

Crown lead attorney Kayla Green-Smith also said her team would not be asking for Justice Charles' recusal, as she submitted that the judge's reference to Mr Bastian's other matter had "nothing to do" with the present case. Mr Bastian's attorney Alex Morley also said he had no objection to her continuing to preside over the matter.

Mr Smith also asserted that just because a person's criminal charges are dismissed doesn't mean they should automatically be reinstated. He charged that the governing bodies, in this case the DOI or the Public Service Commission, still had an obligation to consider whether the actions of the interdicted person warranted any disciplinary action.