Stateside: Radicalism And Racism On The Road To Re-Election 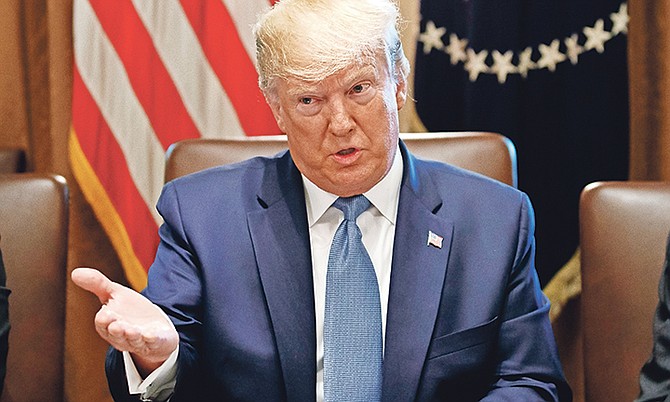 President Trump is hurling Twitter racist and ideological grenades at the Squad.

What are we to make of the widening tripartite dispute between US President Trump, House Speaker Nancy Pelosi and “the Squad,” a group of four newly-elected Democratic congresswomen who see as part of their mandate the transformation of the Democratic Party?

On one level, Trump really has no part in this inter-party fracas. “The Squad” – Reps. Alexandria Ocasio-Cortez (New York), Rashida Tlaib (Michigan), Ilhan Omar (Minnesota) and Ayanna Pressley (Massachusetts) – came to Washington charged by their constituents to bring about broad changes in social justice and the way the US government serves the people who elect their representatives.

To do this, the four women, and others who share their views, believe the Democratic Party must reform and transform itself into a party more literally of and for the people. The Squad is not pushing a purely socialist agenda. But some of their policies certainly tend in that direction and the accompanying rhetoric can easily be distorted by political foes eager to portray the four as radical to the point of being subversive.

This is of course exactly what Trump defenders are doing who know it is unwise to completely affiliate themselves with the president’s recent outrageously racist comments. Leading among these craven apologists is South Carolina senator Lindsay Graham, once a harsh critic of Trump and staunch ally of former Arizona Republican senator John McCain on sensible military and foreign policy, but now a golfing buddy and opportunistic pal of the president. Graham, as if you needed to ask, is up for re-election next year and is anxious to avoid a Trump-fuelled primary election challenge in what is otherwise likely to be an easy path to re-election.

The Squad has had an uneasy relationship with powerful Speaker Pelosi from the moment they were sworn in to office. As other, more seasoned House members contemplated a challenge to Pelosi late last year and early in 2019, there was much speculation about how the Squad would respond. In the end, Pelosi prevailed and a truce was declared in the greater interest of the unity needed to defeat Trump next year. But it was an uneasy and, as we now know, not a durable truce.

The president opined the other day that he was sure Pelosi would be happy to arrange travel for the Squad to go “back where they came from”. He is hurling Twitter racist and ideological grenades at the Squad. It’s all being played out against the background of the deteriorating situation at America’s southern border, with visiting dignitaries from both parties drawing their own conclusions from what they observe.

It is not difficult to understand the causes for the Democratic schism. Pelosi and her allies see as Job One getting Trump out of the White House and Mitch McConnell out of the Senate majority leadership (and maybe out of the Senate altogether: a credible Democrat has signed up to oppose him in Kentucky next year). The business of governing, of which policies the new Democratic president should embrace, and 1,000 other things, can wait. For the Speaker, regaining political power is paramount. A divided Democratic Party cannot beat Trump, according to this thinking. The Squad’s agenda, and that of many other progressives, must await the voters’ choice in 16 months.

Ocasio-Cortez and her allies see the political calculus differently. Unquestionably recognizing the need to dismiss Trump and his corrupt administration, they advocate for change now. A big part of that change is the powerful symbolic gesture of a House-passed Bill of Impeachment of the president, however remote the chances might be of a Senate conviction. The Squad is impatient; they believe their voters want them to be impatient.

But the Squad and others also believe the surest path to defeating Trump is to actively embrace and promote social and economic change now. They deride the so-called political expediency of waiting until after the election. Waiting, according to this thinking, will lead many progressive voters to stay at home and not vote on election day. They don’t believe Trump can be defeated unless the Democrats show they are already moving forward with a strong, progressive agenda.

Political pundits and cartoonists across the US are rushing to offer commentary on this familial political dispute. Trump correctly sees it as enormously helpful to his re-election bid. As the congressional summer recess looms in the near future, the main Democratic antagonists show no signs of backing down. 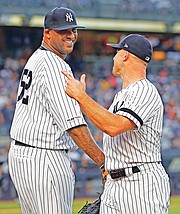 The Yankees have 60 wins.

How two changes kept baseball fans in the game

This summer marks the 25th anniversary of two big changes in Major League Baseball. Both of these changes were implemented during a period of great labour strife and public disenchantment with MLB, but they have stood the test of time and will play a major role in the unfolding summer 2019 baseball season and fan interest in it.

In 1994, baseball was beset with issues between the powerful players’ union and a recalcitrant bunch of team owners. As that fateful season unfolded, two teams roared out to great starts and may have ended up meeting in the World Series.

The Cleveland Indians, without a championship then (and now) since 1948, launched an amazing multi-year run of success by racking up a 66-47 record that would have qualified for the playoffs. And the Montreal Expos put together their best season north of the border, leading the major leagues with a 74-40 mark. Both teams were understandably frustrated when labour-management problems ultimately caused the cancellation of the latter part of the 1994 season and the World Series.

The Indians have played in and lost three World Series since 1994, and the Expos suffered from an antiquated stadium and low attendance and eventually moved to Washington DC to become the Nationals.

But also in 1994, baseball changed its playoff schedule to include a “wild card” participant. The wild card team didn’t play that year since the playoffs were cancelled. Earlier in 1994, MLB had also changed to a structure of three divisions in each league. Each division winner made the playoffs, plus the wild card team. Then, in 2012, a second wild card team was added in each league and the playoff schedules were later extended so that it became possible in some years for the World Series to actually extend into November.

2019 promises to be a banner year for increased fan interest, which was the clear intent of the MLB playoff changes.

Yesterday, with all teams having played over 100 games this year, the American League standings showed nine of the 15 AL teams with a decent chance to play in the post-season. The Yankees (60 wins), Twins (58) and Astros (59) were all leading their divisions by seemingly comfortable six games. But Tampa Bay (56), Boston (51), Cleveland (53), Oakland (54), Texas (50) and the Los Angeles Angels (50) were all close enough to be included in any post-season discussion.

The National League was somewhat less competitive, with only seven teams in the post-season picture, led by the Dodgers with an astounding 63 wins. The Cubs (51) and Braves (58) led the other divisions, with the Nationals (50), Phillies (49), Brewers (49) and Cardinals (47) also contenders at least for the NL wild card.

Every fan knew MLB was playing for more money a quarter century ago when it added the wild cards and expanded the playoffs. But no one will care as September rolls around this season with their team still in contention for the post-season. Hope, after all, springs eternal.