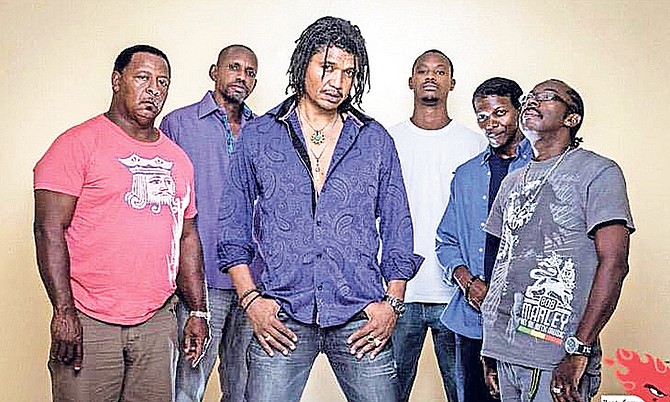 Plati Dread and his band, Naykid I.

A trend is growing in Nassau. More and more people are becoming interested in alternatives to traditional ways of living. They are engaging in healthier lifestyles, trying out new diets like the Keto craze currently underway; buying herbal remedies and vegan or gluten-free food products; taking an exercise regimen seriously; exploring acupuncture, massage and other forms of healing. They are even considering other forms of religion and spirituality.

What may have seemed weird or even crazy in the general society as little as ten years ago, are now becoming accepted forms of behaviour.

Long before these trends were catching on, Dr Tyrone “Butch” Bartlett was always unconventional. Yes, he’s a general practitioner, but he’s spent decades on a path of enlightenment and he doesn’t hesitate to share his knowledge if you ask. If you visited his office back then, you would have found him in his white coat wearing crystals around his neck and a crown of dreadlocks during a time when they weren’t as popular as they are today.

Before the dreadlocks, he wore plaits and even that was unconventional for a doctor. When you visit his office, people are greeted by the scent of essential oils and meditation music. His shelves are lined with not only a plethora of medical books, but also books on religion, spiritual consciousness, history and self improvement. Even the art on his walls points to an individual with unconventional beliefs. 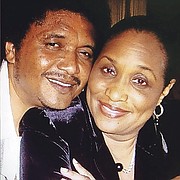 Dr Bartlett and his wife of 31 years, Marsha.

He says his practice incorporates a blend of eastern philosophy and traditional western medicine to deliver a holistic brand of health care.

In addition to being a family physician, Butch branched out into music. He took the stage name ‘Plati Dread’ and released singles, an album and numerous music videos as a recording and performing artist. He performed at the Battle of the Bands with his band ‘Naykid I’ and as a solo artist at the first Bahamas Junkanoo Carnival, among numerous other performances.

“I needed an outlet for my personality that I was not allowed to express as Dr Bartlett,” he said. “I began forming bands back in the late 1980s, releasing my first single in 1990 called After the Passion Passes. My whole foray into music was directed by a desire to convert my metaphysical poetry into music. I was driven by a need to share the knowledge that I was discovering through my studies. It was never an ego thing. My career path in music ultimately led to an album, six music videos and numerous singles. I performed in many venues throughout Nassau and gained the respect of the local musical community.”

Today, he is still a doctor and a musician but he has trimmed his hair. He is still adorned with crystals around his neck and he released a book this month to share his spiritual journey with others. The Key to Light – an Inner Life Guide on the Road to Enlightenment stands as a testament to his personal experience.

Butch kept a diary of poetry that mapped the changes he experienced in the past 30 years, including the metaphysical path his life had taken. The first half of the book is called “Key Notes” and includes chapters on consciousness, dimensions, the aura, chakras and ascension. The second half is called “The Path” and describes the advancement of human consciousness in seven stages – the awakening, the search, confrontation, attunement, setback, recovery and enlightenment.

“It is not an effort to preach or proselytize, but merely to offer an alternative explanation to anyone who has been frustrated with the choices they have been exposed to,” Butch says of his book.

“I know I had once felt that way and over a lifetime of challenges, hardships and tragedies, I needed answers that offered clarity, not blind acceptance and unquestioning faith. My mind is wired to be analytical and logical. I intuitively felt that such an approach would eventually leads to answers that would satisfy the pragmatic mind, as long as I was willing to searc

Dr Bartlett and his wife, Marsha, with children Travis, Tempestt and Tanner.

h ‘outside the box’. I found answers to my deepest questions and that allowed me to understand my true spiritual nature and gain mastery over my life. Discovering a way to reconcile the experience of the spiritual life with science was a huge relief. My book is a contribution to that conversation for others who are on that journey.”

Butch earned his nickname from his parents Albert “Chickie” Bartlett and Valerea Bartlett (nee Campbell) when he was born, because he reminded them of the bulldog in the Looney Tunes Cartoons. He grew up through Hillside Estate off Mackey Street. Back then, Mackey Street was the centre of commerce for the Over-The-Hill community. He and his family were in walking distance from the Shirley Street Theatre, the Wulff Road Theatre, Palmdale and the first Kentucky Fried Chicken.

As a child, Butch could walk to Maura’s Toyland and to see Junkanoo on Bay Street at Christmas. He went fishing at Potter’s Cay dock and swimming at Montagu Beach.

“I lived a fabulous life in my childhood,” Butch said. “We were what you would consider ‘middle class’, but the house was pretty small, so I didn’t feel especially privileged. I have two brothers and a sister, and we all enjoyed traditional Christmases and Easters with the whole Santa Claus and Easter bunny thing. My parents made those experiences real, including costumes and fireworks at Halloween. We would troll the entire Palmdale neighbourhood to trick or treat without fear back then. We grew up spinning tops, shooting marbles, playing rounders and hop scotch, building box cars, roller skating and playing bean gun wars. The 60s was a magical time to be a child and I count myself fortunate to have grown up with the values created by an emergent black Bahamian consciousness that culminated with Independence in 1973.”

He attended primary school at St Anne’s and moved on to St Augustine’s in 1969. “My teenage years caught the emergence of the disco age and the arrival of the postmodern generation. Black culture was rich with music and style back then with bell bottoms, miniskirts and afros,” he said.

“St. Augustine’s College was the premier destination at that time and I pretty much sleep walked through my first four years there and underachieved. I was jolted awake when I failed my mock GCE exams and chose to transfer to St John’s College. I repeated my fourth year so that I could start my GCE syllabus over in the science subjects that I was denied at SAC. I went on to become an A student overnight, passing them all with A’s and B’s, and becoming the valedictorian of my graduating class. I never looked back, going on to get my A levels at Government High School and gaining a scholarship to attend UWI in Jamaica.

“I successfully entered medical school after just one year of Natural Sciences and graduated with a Medical degree in 1982. My failure at SAC was the pivotal moment in my life that taught me the power of discipline and will. Those are my greatest attributes to this day.”

After interning at Princess Margaret Hospital, Butch completed two years as a Senior House officer in Obstetrics and Gynaecology and one year in Accident and Emergency. He had no desire to specialize because he didn’t want to bury his life in an academic prison, he said, which is what he perceived a specialty to be. Even though the financial rewards were enticing, he recognized the challenges and demands that were associated with it.

“I was pretty much burnt out academically and just wanted to earn a good living and raise a family,” said Butch, who has been married for 31 years to educator and counsellor Marsha Bartlett and is a father-of-four.

“I was never driven by materialism, so the pursuit of wealth was never a motivation in my life. I became a General Practitioner entering private practice in 1986. I felt privileged to share the relationships that family medicine introduced me to. I delivered over a thousand babies in my 33-year career, and became a father, brother, friend and mentor to many of my patients along the way. Their friendships are my greatest wealth. I never allowed any of my patients to call me Dr. Bartlett or ‘sir’. I insisted they call me by my childhood name ‘Butch’ because it made me feel more connected to them.”

He is currently working on an album of songs taken from poems in the book, to be released later this year under his alias ‘Plati Dread’. He also plans to release more books in the future. His official book release took place at the Sivananda Ashram Yoga Retreat on July 6. The Key to Light can be found at local book stores including Logos and Book World and Stationers. It is also available for purchase online in paper back form on Amazon, as well as in eBook on Amazon and Google Play.

“As rewarding as my career as a medical doctor has been, it is my artistic pursuits that have given me the ultimate satisfaction because I know that their footprint will continue to contribute to humanity long after I am gone,” he said.