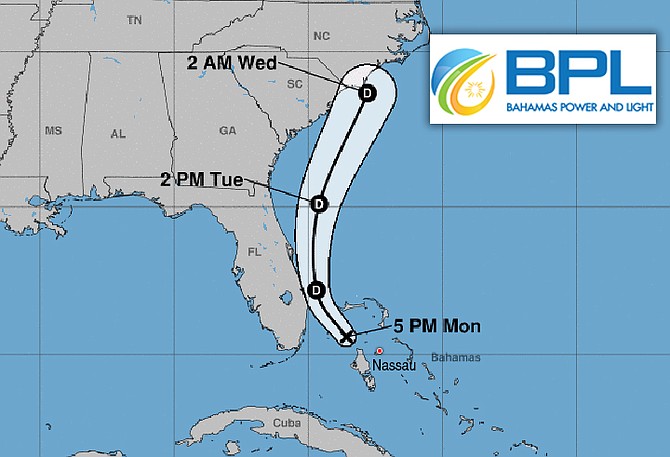 Torrential rains which swamped New Providence are expected to clear up by later today with the damaging weather system heading north towards Florida. Yesterday’s rains prompted a severe weather warning but the chances of a tropical cyclone forming are considered “slim”.

Speaking to The Tribune yesterday, Bahamas Meteorologist Basil Dean said while there is a 60 percent probability of a tropical depression forming, “no further development from that point is expected”.

“The good news is the area is over us and the development is expected perhaps within the next 48 hours,” he said.

“By that time it will be out of the Bahamas and into the northwest or north of us because that is the expected movement of the system.”

Mr Dean added that while rain may prove to be a “major factor” Monday night and Tuesday morning, the public can expect the rain to “lighten up” by this afternoon.

“Until then, a couple more heavy downpours in parts of the northwest Bahamas with improvement expected certainly by Wednesday,” he said.

“We advise persons during such time to remain indoors and away from windows until such a situation improves.”