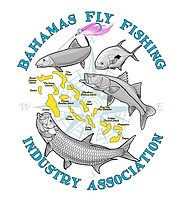 THE Bahamas Fly Fishing Industry Association's (BFFIA) president yesterday called for a national development plan for the industry, voicing concerns that its regulatory regime needs to be strengthened.

Prescott Smith told Tribune Business that having recently attended a sports fishing workshop in Cuba, which explored the creation of a national plan for its industry, The Bahamas should likewise craft something similar for sports and fly fishing.

"They are developing a national plan, right down to the community level, but here it's always a fight," he told Tribune Business. "It's so important, but the special interests who control our economy never want this country to be developed to where it involves empowering ordinary Bahamians.

"If you're talking about developing a national plan, for instance the way Cuba is, then you're talking about doing it from the grassroots level of local ownership. That's how critical it is. We have never as a country sat down to develop such a plan because it goes against the very way our economy is controlled, and that is by a small few."

As for the industry's present regime, the controversial Fisheries Resources (Jurisdiction and Conservation) (Flats Fishing) Regulations 2017, Mr Smith added: "Even though the legislation was passed they have done nothing to strengthen it. Regardless, we are going to continue to press on."

Tribune Business has previously reported on how the regulations have effectively divided Bahamian guides and bonefish lodge owners/operators, who are both Bahamian and foreign, into two separate camps due to some of the requirements.

One of the most contentious was the requirement for a ratio of one 'certified guide' to every two anglers if they are fishing from a boat. Mr Smith acknowledged the implementation challenges produced by the regulations as there is no online portal or payment mechanism for foreign anglers to obtain and pay for licences.

Still, Mr Smith said the Association was working to establish a national training programme for fly fishing guides at BAMSI. "That is a huge deal because what it does is, while you have the legislation, you must also have the training," he said.

Judging by the antics of the fly fishing association the last few years, it appears Mr, Smith has been as responsible as anyone for the discord, fighting and inability to develop a national plan that all agree upon for the benefit of Bahamians. It is all well and good that Bahamians want to see their country prosper. However, the idea that all brilliance and good ideas must start from here is not sound. Look for expertise, honesty, creativity and a good work ethic wherever you may find them. We have to realize that just because we are Bahamian doesn't mean we have the necessary skills to compete in the global market, when our country is the relative size of a city. Further, our inability to work with each other is short-sighted and has allowed foreigners to reap the benefits from our own backyard. Anyone see this changing with the passing of a few laws? Bahamians do excel, once they leave the self-stifling climate of The Bahamas.

I suggest Mr. Smith doesn't know what he is talking about. "Grass roots" and "Legislative" are completely and entirely diametrically opposite concepts, and often mutually exclusive. Lets look at the black market for illegal marajuana. it is fully completely legislated to be illegal but the grass roots response is the black market and illicit trade in the illegal substance. just because you legislate something doesnt mean it will happen. Perhaps Mr. Smith should try to work with the people who have invested millions and millions of dollars into this country and the industry instead working against them? It is clearly evident that he has a bone to pick with some lodge or foriegn owner who wouldn't bow down to his demands. Good for the goose right? I tell ya what, i certainly don't want to try and start a fishing lodge business in this country right now. the red tape and BS will cost you grey hair and millions of dollars.