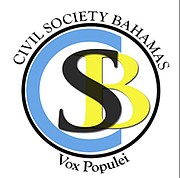 Civil Society Bahamas’ president yesterday said the latest reforms to non-profit regulation represent “a marked improvement” that will prevent the elimination of many groups.

Dr Anthony Hamilton, who heads the umbrella organisation that represents local non-profit and non-governmental organisations (NGOs), told Tribune Business that it and others were now working with the government to craft the regulations that will now accompany the Non-Profit Organisations Bill 2019.

Speaking following Wednesday’s debate and passage of the changes to the Bill in the House of Assembly, Dr Hamilton said Civil Society Bahamas and other non-profits had met with Carl Bethel QC, the attorney general, for further discussions the same day.

“We are still doing some work on it, but appreciate what has been done,” he added of the legislative amendments. “The regulations now have to come forward, and we’re seeking to assist in that regard.

“It’s a marked improvement from what was advanced initially. The restrictions in terms of red tape and the rest of it, and with some of the challenges experienced previously, there’s room now so that more of that is reduced.”

In particular, Dr Hamilton said the reforms to the Non-Profit Organisations Bill would make the three-year wait endured by some groups to become registered with the Registrar General’s Department “a thing of the past”.

“We’re not totally there,” he added, “but we’re making progress. Had the initial Bill gone forward we would have seen a lot of non-profits and non-governmental organisations eliminated. I think there would have been a negative effect, and restrictions with regard to the sector’s growth potential.”

Dr Hamilton said many Bahamians did not appreciate the extent of non-profit groups’ contribution to this nation’s social and economic welfare, supplementing the work of the Department of Social Services and other government agencies. Without their contribution, he argued that The Bahamas’ social ills would be “double or even more” what they are now.

“Civil Society Bahamas is is engaged in a mapping exercise that will further strengthen the advances made in the Bill,” Dr Hamilton added. “It will put civil society in a position to better understand the environment. The Attorney General has committed to providing relevant information to assist with the assessment.

“There are some things being done to strengthen the non-profit community that this Bill is going to help. We will have better guideline and know what to expect. The Attorney General has consented to have the door open for quarterly sessions so we can make recommendations on actual practice and things we are doing now.”

Under the reforms debated in the House of Assembly, non-profits that fail to renew their registration face having their financial accounts frozen and being investigated by the authorities.

They also makes provision for churches to keep proper financial records and produce them upon request, whereas the previously-shelved version of the legislation made declaring this information automatic. The bill also makes it mandatory that non-profits must report and disclose the receipt of donations and disbursements of $50,000 or more.

K Peter Turnquest, deputy prime minister, described this as “lighter touch” regulation, adding it was never the Government’s intention to become involved in the affairs of non-profit organisations.

He explained there was an urgent need to pass this Bill and four others to ensure the Bahamas complied with the demands of the Financial Action Task Force (FATF) and Organisation for Economic Co-operation and Development (OECD).