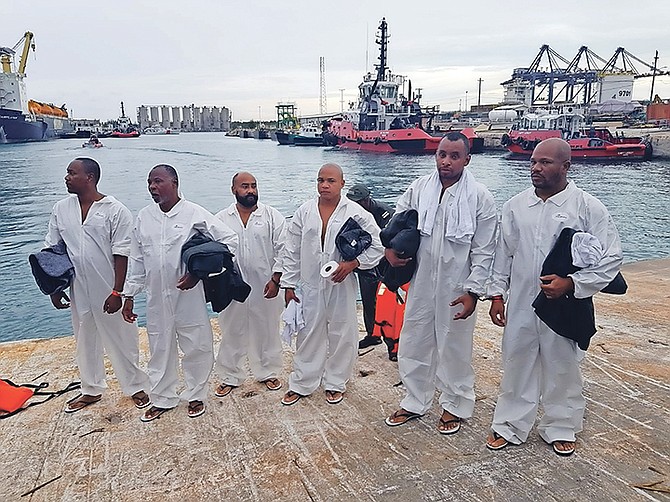 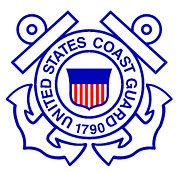 THREE Bahamian men and 14 migrants were rescued at sea after being stranded in waters for hours after an alleged human and drug smuggling operation went awry when the vessel they were on capsized in waters off West End, Grand Bahama on Saturday evening,

Some eight bales of suspected marijuana were also discovered and retrieved from waters by US Coast Guard officials, who responded to a distress call at 9am that a boat that was taking on water about 15 miles northwest of West End.

The Royal Bahamas Defence Force had also deployed a vessel to render assistance.

According to reports, the 17 individuals were discovered in the water clinging to the overturned vessel when the Coast Guard arrived at the scene.

Reports are they had left Freeport on Saturday evening and were headed for the US when their boat hit something in the water.

According to the immigrants, they tread water and held on to the capsized vessel for hours all night until they were rescued Sunday morning.

The Bahamians —one of whom was the captaining vessel — were turned over to officers of the Drug Enforcement Unit on their arrival at Freeport Harbour on Sunday around 5pm in connection with investigations into alleged human and drug trafficking.

The immigrants of mixed nationalities were turned over to Bahamas immigration authorities.

He reported the immigrants were taken to Immigration Headquarters where they were interviewed and processed.

According to the immigrants, they departed Grand Bahama around 8pm on Saturday destined for the US. However, 15 minutes into the journey the boat struck something in the sea, flinging a few people overboard. The vessel immediately began taking on water and capsized.

“They claimed that they tread water all night clinging on to the overturned vessel in the ocean while trying to assist those who could not swim until US Coast Guard cutter William Flores arrived at 9am Sunday,” Mr Cooper said.

The immigrants appeared to be in good health and were examined by medical staff of the Disease and Surveillance Unit of the Public Hospitals Authority.

Mr Cooper said that the Immigration Department is expected to bring charges against the 14 foreign nationals for illegal embarkation and other offences relative to breaches of Immigration Act.

HERE WE GO AGAIN....PHOTOS OF THE PERSONS IN PAPERS....AND ......IN FRONT OF THE WORLD...LOOKING AT THE DOCUMENTED PHOTOGRAPHS.......In....full views....in USCoast guatd...Bahamian officials have captures ... Dese persons caught in da middle of the ocean will likely ...PLEAD NOT GUILTY..!!!!!

Wish they were caught in US waters!!

Notice no mention af charges against the captain.WTF

He was turned over to DEU my bad.