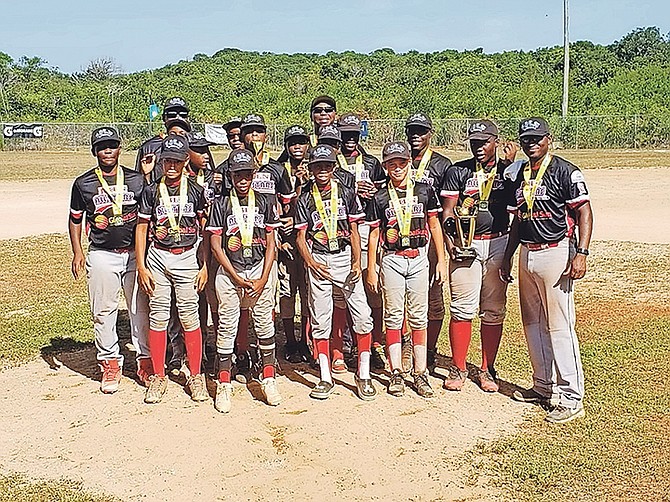 THE Bahamas Baseball Association continued its National Championships over the weekend as Eleuthera hosted the 12U Division.

JBLN began the tournament with a 25-0 win over Andros but game two was a much tougher test when they played to a 4-4 tie against Legacy.

In game three, JBLN posted their second shutout with a 5-0 win over EJBL and followed with a 6-3 win over GBLL to earn a spot in the playoff round as the top seed.

They defeated the No.4 seed EJBL 11-1 and advanced to play for the gold medal.

The national tournament began in Grand Bahama over the Labour Day holiday weekend with the 6U (T-Ball), 16U and 18U divisions.

GBLL emerged as the champions of the 18U division with a 10-6 decision over JBLN.

The National Championship series will be completed in New Providence June 27-30 with the final three divisions - 8U (Coach Pitch), 10U and 14U. The big event is set to be hosted at the JBLN Field of Dreams complex and the Freedom Farm Baseball League park.