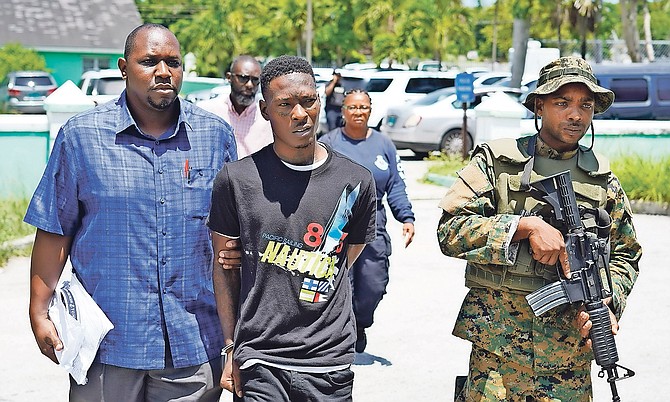 A 26-year-old man was remanded to prison yesterday over allegations he robbed four people at gunpoint of over $1,000 worth of money and merchandise on the same day.

However, Pierre claimed at the time of the alleged incidents, he was at home and was wearing an ankle monitoring device.

Nonetheless, he was not required to enter a plea to the charges and the matter was adjourned to August 19 for service of a voluntary bill of indictment. Bail was denied and he was remanded into custody in the interim.

You'll let these Haitian seed in the country they will grow up and you'll will wake up with them standing over you to robe you rape you or kill you then you will know it was a bad idea letting them into the Bahamas.

Is the ankle monitoring system even working? House arrest but out and about? Doesn't the system Geo-fence them, alerting someone if they move?