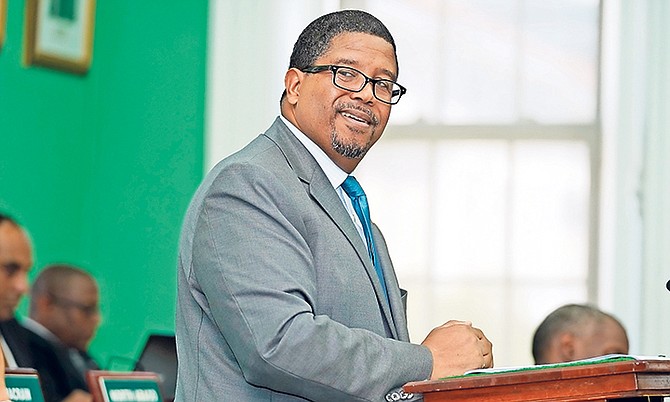 ALTHOUGH the Bahamas is predicted to have a "normal" hurricane season, Deputy Prime Minister K Peter Turnquest yesterday pointed out that it "only takes one storm to really cause devastation."

Speaking on the sidelines of the Bahamas National Disaster Preparedness Baseline Assessment (NDPBA) workshop, Mr Turnquest said "it is not a matter of 'if', but 'when' we will face a major catastrophe," as he stressed the importance of hurricane preparedness.

Financial measures the government already has in place include a credit-line with the Inter-American Development Bank (IDB) and its participation in the Caribbean Catastrophic Risk Insurance Facility (CCRIF), as well as a "self-funded" disaster relief fund, which the government hopes to grow to approximately $200m.

When asked about this fund, Mr Turnquest said: "It's a part of our financial planning. When we revealed the budget, we indicated that we were going to set up a special fund for disaster relief, particularly to deal with the relief efforts that in the past has caused us to have to go and borrow. "And the traceability of it is difficult, getting it at a good rate is (difficult). So we want to see if we can help ourselves and build up this fund to an extent that we can take care of the most pressing and immediate needs in the event of an aftermath of a storm.

"So, last year we made a $1m deposit into that fund, this year we will do the same. Eventually once we start to turn a surplus, we want to dedicate one per cent or a minimum of 0.1 per cent of our GDP to this disaster fund so that we build it up to an eventual $200m, to which then we can invest it and it can become self-sustainable. And again this is an effort, or one of the tools that we are putting into our bag, recognising that it is not a matter of if, but when we will face a major catastrophe, some natural disaster, in this country.

"Although we have had disasters, we have been relatively lucky because the storms have not hit Nassau directly. But again, if you follow the trends and history, you know that the probability Is increasing, it's not decreasing that we will have that, so we want to be prepared."

"We're faced with this challenge every year," he said. "The Bahamas unfortunately sits in a disaster-prone, storm risk area. And so we should all already (have) begun our preparations, if not completed preparations for this upcoming season. The predictions seem that we will have a normal season, but you know again it only takes one storm to really cause devastation to an individual or family or to our country as a whole."

He called for people to ensure they have a disaster relief kit and evacuation plan, adding the National Emergency Management Agency (NEMA) has a "toolkit" on its website and Facebook page that lists all the items families need to ensure they are prepared for a national disaster.

NEMA Director Captain Stephen Russell yesterday described the workshop as an opportunity for stakeholders to engage in knowledge exchange and "further craft the way forward to strengthening our national disaster plan".

"The partnership the University of Hawaii's Pacific Disaster Centre (PDC) on the (NDPBA) programme will support NEMA's efforts, to build a better-prepped and more resilient nation," he continued.