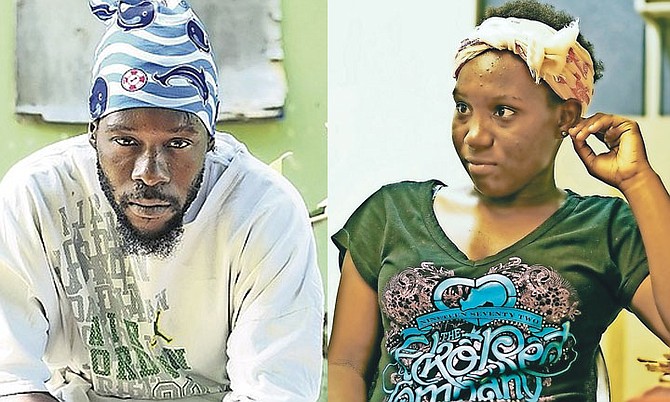 THE US State Department flagged the cases of Bahamas-born Jean Rony Jean Charles and Taranique Thurston as it renewed concerns over statelessness in the country.

In its annual country report on human rights practices, the State Department concluded the government did not effectively implement laws and policies to provide “habitual residents” an opportunity to gain nationality in a timely manner, and on a nondiscriminatory basis.

It further noted there were no reliable estimates on the number of people living in the country without a confirmed nationality.

“The government asserted a number of ‘stateless’ individuals had a legitimate claim to Haitian citizenship but refused to pursue it due to fear of deportation or loss of future claim to Bahamian citizenship,” the report read.

“Such persons often faced waiting periods of several years for the government to decide on their nationality applications and, as a result, lacked proper documentation to secure employment, housing, and other public services.”

People born in the Bahamas to foreign parents must apply for citizenship between the age of 18 and 19.

“Sometimes waiting many years for a government response,” the report continued.

“The narrow window for application, difficult document requirements, and long waiting times left multiple generations, primarily Haitians due to their preponderance among the irregular migration population, without a confirmed nationality.”

In March, Immigration Minister Brent Symonette announced a new policy that mandates those who missed the deadline to only be considered for permanent residency with a right to work.

Mr Jean-Charles was born in the Bahamas to Haitian parents, and deported in 2017 due to lack of documentation concerning his legal status.

He was returned to the country by an order of the Supreme Court, and a subsequent ruling ordered he be considered for some form of legal status and awarded damages. The Court of Appeal overturned the judgement, and his counsel has indicated a bid to take the matter before the Privy Council.

The report also noted The Tribune’s coverage of sick teen Taranique Thurston, who was unable to leave the country to seek medical treatment due to her legal status.

The government ultimately issued a certificate of identity for Taranique, who was also given a special US visa allowing her to enter the country despite not having a valid passport.

The US noted Taranique’s certificate of identity listed her nationality as Haitian, “despite being two generations removed from birth in Haiti.”

The US report also underscored Bahamian law did not provide protection for asylum seekers, adding there was also no established system to provide that protection.

Despite noted improvements over previous years, the State Department maintained there was only informal access to asylum in the country that complicated the work of the United Nation’s refugee agency, UNHCR, to identity and assist asylum seekers and refugees.

“Government procedure requires that the ministry forward approved applications to the cabinet for a final decision on granting or denying asylum,” the report read.

“Authorities did not systematically involve UNHCR in asylum proceedings, but they sought UNHCR’s advice on specific cases during the year and granted UNHCR greatly improved access to interview detained asylum seekers awaiting deportation.”

The report, released yesterday, renewed concerns over the treatment of people held in detention and raised “life-threatening” prison conditions.

As for the country’s respect for civil liberties, particularly freedom of movement, the report noted migrant claims of excessive force and warrantless searches by police and immigration officers.

Among migrant claims, the report continued, was “frequent solicitations of bribes by immigration officials” and widespread bias.

Yesterday, Rights Bahamas attorney Fred Smith lauded the US report for putting a spotlight on continued abuses and discrimination faced by people born in the Bahamas to foreign nationals, particularly those of Haitian heritage.

He renewed the group’s call for immigration reform that allowed people born in the Bahamas direct access to citizenship.

“It is a disgrace that government after government has not given citizenship on a timely basis to the thousands of children born to non-citizen parents in the Bahamas,” Mr Smith said, noting this sustained approach was contributing to an underprivileged “almost outlaw” class in the country.

“It is immoral, unethical, and a national disgrace,” he continued. “These unfortunate people have nowhere to go, they consider the Bahamas their home. They can be productive citizens and should not be kept in limbo land.”

Mr Symonette said her recommendations will go back to Cabinet in about 60 days.

Our government needs to tell the U.S. government that we would be only too happy to turnover to them all of the stateless people in the Bahamas who wish to be granted U.S. citizenship and then reside in the U.S. We don't butt into their internal affairs and they should not butt into ours!

It does not uphold the standards of the rule of law to grant citizenship to the children of illegal aliens JUST BECAUSE they have lived under the radar for umpteen years. That privilege is constitutionally reserved ONLY for children born to LEGAL residents of the Bahamas.

So I agree, if the US has a problem with it they should show us how efficiently and effectively they can grant these souls American residency or citizenship!

Hahahahahahahahaha. . . and they are over there fighting over building a 5 billion dollars wall to keep people out. . .deporting long-term illegals. . .they refused to give the girl access to their country. . .even to get medical help. . .

This Jean Rony charade is something that these so-called Human Rights fanatics have created as a social smokescreen. The Bahamian Government needs to put this HR nonsense to rest - once and for all. Either we are going to follow our Constitution ......... or we are going to let these HR operatives shit all over us.

Meanwhile ......... Trump has 11 million undocumented migrants living in America, caravans on the South border, and millions applying everyday for green card status ............ Why worry about us???????

Whoever wrote this must have been an Obama appointee. Look how Trump's America treats illegals.