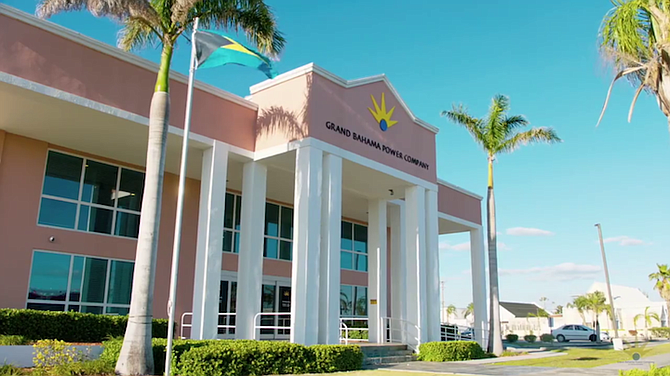 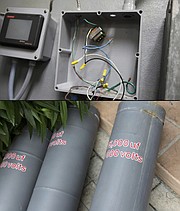 Pictures of the device and meter circumvented.

GRAND Bahama Power Company has put in place an emergency remediation programme for all customers who purchased a “fake” energy saving device which is at the centre of a police investigation into a complaint filed by the company over alleged electricity theft.

Power supply was disconnected at nine businesses in Freeport after a metre audit conducted by GBPC uncovered a series of suspected electricity diversion instances in the Freeport area.

Seven of those businesses were fast food restaurants operated by the Cooper family, which said they had allegedly purchased the bogus devices from a local contractor who had installed them at three Burger Kings, three KFCs and one Pollo Tropical restaurant.

Power has since been restored to those businesses after an investigation conducted by GBPC discovered the devices were fake and that the business owners were victims of fraud.

The Island Seas Resort and Sav Mor Drugs were also disconnected, this newspaper understands. Power was also restored at the timeshare resort, but not at the drugstore up to press time.

In a press statement issued to The Tribune, GBPC noted that during the course of a recent audit investigation it is now understood that many residents and businesses are operating under the belief that they have purchased an energy saving device from a local electrical contractor.

“As GBPC revealed on March 20 these devices are fake and a smokescreen for electricity diversion,” the company warned.

“GBPC is very concerned for the safety of the public and our workforce due to the fact that customers are either connected directly to GBPC’s power system via a dangerous metre bypass, or their metre system was tampered with to under-read actual usage.”

The company warned that installations to divert GBPC’s electricity supply and bypass its metering infrastructure are extremely dangerous to business owners, homeowners, occupiers, their workers and the public at large.

“These installations do not comply with the requirements of the Building Code and, based on the diversion tactics used, it is important that GBPC ensures that equipment is isolated properly to avoid serious loss or life-threatening damage,” the statement read.

GBPC stated that the safety of the public and their workers is a number one priority. The company explained that in order to ensure the non-compliant installations are rectified as soon as possible an emergency remediation programme has been developed.

“We are offering this programme to all businesses impacted by our audit thus far and to the public at large in order to reduce the significant public safety risk on the island,” the company said.

The company further noted that the number of non-compliant installations are unknown at this time. However, it is urging members of the public to report any and all instances of the fake boxes so “that dangerous installations and metre bypasses can be removed by qualified personnel.”

GBPC indicated that in order to ensure that the safety issue is remediated within the shortest possible time, it is advising the public to report the presence of the fake boxes and associated equipment by calling 242-352-8411, or toll free at 242-300-4862, or send an email to makemesafe@gb-power.com immediately.

GBPC said that it will inspect and address any immediate safety risks, but that it may require a short power outage.

The company said it would also make reasonable arrangements for customers to pay for the electricity which has been used but not metered and billed.

Where GBPC and the customer have reached a satisfactory resolution, the company said that no complaint will be made to law enforcement.

The company reminds customers to always use the services of a licensed electrician for work on live electrical wiring.

The company said it would also make reasonable arrangements for customers to pay for the electricity which has been used but not metered and billed.

Where GBPC and the customer have reached a satisfactory resolution, the company said that no complaint will be made to law enforcement.

Unless GBPC requires full payment of the estimated amount of electricity used but not metered and billed, it will be sending a loud and clear message to all of its customers that they can, at a minimum, get a huge discount on their actual electricity costs by engaging in such fraudulent activities.

And what about all of those instances where electricity has been fraudulently diverted from one customer to another? Will those customers whose electricity billings were wrongfully inflated by the diversions get a full refund from GBPC?

Oh yes so many comrades jumped cue shouting for the arrest, charging, prosecution and serve as Jury and the Judge against "Free port" Business Owners, yes, no,,,,, And, still thousands across Out Island's Settlement Town of "Free port," does eagerly await news as to what, if anything, came of the Power Executive who the Lawyer alleges had emailed him a courtesy Fuc#U, yes, no?

Cooper family and most others involved in the same fraudulent scheme knew exactly what was going on. All other things being equal, there's no device on earth that will cut your electricity bills in half. The same goes for all of BPL's customers on New Providence Island who are involved in similar fraudulent schemes. The rest of us are paying a very dear price for all of this stolen electricity by way of our own electricity bills being much higher than they would otherwise be.