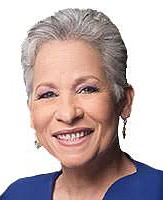 Are you in favour of the exemptions Disney received to build its multi-million-dollar cruise facility?

In a statement sent to The Tribune, the MP said what shines through the Heads of Agreement is that Minnis administration officials have horribly mismanaged the interests of citizens.

She minced no words when it came to the Heads of Agreement and its concessions, highlighting numerous deficiencies that, in her opinion, will work against the economic benefit of the taxpayer.

Prime Minister Dr Hubert Minnis tabled the Heads of Agreement between the government and Disney in the House of Assembly last week but the deal had been signed in a closed-door meeting almost two weeks earlier on Thursday, March 7.

On March 9, while in Eleuthera, he first announced the document had been signed. Disney plans to build a $250m to $400m cruise facility at Lighthouse Point.

“In light of our previous experience as a nation in these matters and the pre-election pronouncements by this administration, we would have expected more and not less in protecting and promoting the economic interests of the Bahamian people,” Mrs Hanna Martin said.

“A project which was chosen over a competitor with Bahamian involvement and which attracted so much controversy and which encompasses perhaps one of the most beautiful spots on earth should have been diligently negotiated to yield high performing economic opportunity for our people and contained stringent environmental provisions.”

Mrs Hanna Martin said there was a lack of transparency. “It does not disclose the amount of Crown Land by way of seabed (is) being leased for (50) years to Disney. This is a major concern. The fee charged under the lease is the nominal sum of $1,000 per acre with no stamp duty attached.

“This is essentially a giveaway to Disney. Further the reference to Oxford economics on the economic impact is misleading unless it also factors in the value of the many concessions made from the public purse to Disney, a multi-billion-dollar international corporate entity; but even on the face of it the sum of $805m projected GDP impact and $357.5m in revenues over a 25 year period is far from spectacular especially when considering the concessions that are being given.

“The agreement gives concessions and exemptions to Disney from real property tax for 20 years with the right to extend for multiple 10 year periods: it appears there will be no VAT payable by Disney on anything, nor on any single aspect on revenue or earnings received from its operations or its amenities and services. Further, Disney will be permanently exempt from business licence fees. It appears the agreement contemplates Disney running its own water and electricity plants.

The agreement secures at least 120 construction jobs but the ratio of foreign to Bahamian labour is subject to the exigencies of the project such as so-called expertise and technical demands, timely completion etc. However, she said experience tells us what this can mean.

The best example of this is the interpretation of the work ratio outlined in the Heads of Agreement for The Pointe development in downtown Nassau. Negotiated by the former Progressive Liberal Party government, of which Mrs Hanna Martin was a part, the agreement between CCA and the government states 70 percent of the workers are supposed to be Bahamian and 30 percent should be foreign. However, CCA has since maintained this ratio refers to the project upon completion, and not during construction.

Additionally, she believes the provisions for employment of Bahamians utilised language which gives considerable wiggle room to the investor to exclude Bahamians

“There is no guarantee in the agreement for use of a Bahamian contractor and it seems safe to assume that a foreign contractor is contemplated. The permanent involvement by Bahamians appears to be 150 jobs - with work permits anticipated - and access by Bahamian vendors of t-shirts and souvenirs and retail items etc. The number of vendors and type of merchandise is ultimately to be at the discretion of Disney. There is no provision allowing participation in any shops and restaurants as at least one minister previously touted: this is an area reserved for Disney. The stipulation to acquire local agricultural produce at five percent is tepid at best.

“Tour excursion offerings by sea and by land are stipulated for Bahamians but only subject to the determination by Disney as to quality and skill, failing which the agreement seems to contemplate non-Bahamians participating in areas which are strictly reserved for Bahamians only.”

She said this was an unprecedented departure from the norm of securing the interests of Bahamians in these industries in such agreements.

She added provisions for environmental protections are not as stringent as needed.

It would be better for the Best Commission to have the right to immediately enter and inspect for violation of the environmental management plan and not restricted to “reasonable notice” as the agreement stipulates, she suggested.

The deal allows for the conveyance of 190 acres of land along the southernmost point of the property — a $6.29m value — to the government for establishment of a national park.

Core elements of the proposed project, according to a statement from the Office of the Prime Minister, include low density development and sustainable design, public access and economic opportunities for Bahamians.

Under the HOA, Disney has ensured a minimum of 120 Bahamians will be employed directly during the construction of the project. The OPM’s statement said the cruise line will also create “as many as 150 permanent, sustainable jobs with health benefits in a range of positions for Bahamians once construction is completed.”

Disney also committed to aim for an overall ratio of 80 percent Bahamian workers to 20 percent non-Bahamian workers during the life of the construction phase of the project. Disney has also said it will provide all employees with health benefits and that the average wage at the company’s other Bahamian property, Castaway Cay, is more than 50 percent higher than the Bahamian minimum wage.

Well if that is true, then the deal was on par with the deals you struck with the aviation industry !!! People in GLASS HOUSES should only throw sponges !!!

WTF?? This mutton fish looking woman has the heart to open her mouth about "shameful giveaway deals" after she supported dancing jackass Christie in the PLP "giveaway of the millennium" of the peoples crown land in Cable Beach to the Chinese with Baha Mar?

The PLP have no more voice in the country after failing miserably with their "we believe in Bahamians" "Bahamians first" 2012 campaign promises and 5 years of THE WORST governance this country has ever suffered. Unquestionably, with 5 consecutive IMF downgrades with no end in sight, unprecedented graft and crony corruption, had the PLP won another term, they would have reduced us to Haiti's' standards or worse!

The FNM shouldn't smile either, as Dr. Minnis has also failed with his mandate to "root out corruption" so we have no further need of him either.

We the people have had enough with the PLP and the FNM bullshyt!

More irrelevance. i didn't even both to read the article, once i saw hte headline with GHM i skipped to here. good job tribune reporting non-news events. :)

BAHA MAR has far more jobs than 120 and many are high paying jobs. The FNM Government boast of BAHA MAR and it benefits to the Bahamian economy every day.

This Disney deal is a dumb and foolish deal. They should have learned from OBAN See the Tribune Editorial on the Disney Contract.

In the Main time this FNM Government increased VAT 60% on poor people and Turn of the Water of senior Citizens for $40 The poor suffer. while Disney with all their wealth . gets a free pass. When you are Dumb you are dangerous. The Truth this is the Dumbest Government ever bar none.

Yoon see the smoke for the threes here birdie. . .the PLP gave away more crown land in that one go than any other project of government!!

By the way. . .what land deal Disney go there een no PLP business. . .THAT IS PRIVATE LAND!!

Property tax for twenty years, No duty , No VAT for 120 more than likely minimum wage jobs, The Sea bed belongs to the Government. .