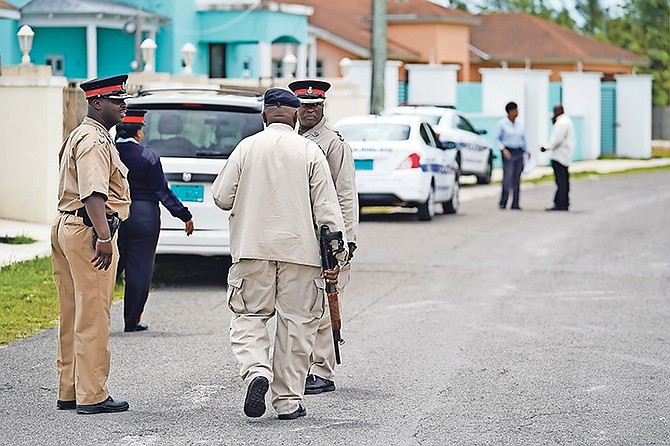 • The updated version of this story can be read HERE.

Police are investigating after an alleged robber drowned in a canal in eastern New Providence on Thursday.

According to reports, shortly after 10am, police responded to reports of a house breaking in progress at Bay Lilly Drive, Sea Breeze Estates. Upon arrival, the officers saw three men running from a house. Two of the men were captured and taken into custody, while a third jumped into the nearby canal. While in the water he appeared to be in distress – he was then assisted to shore and CPR administered. Paramedics were called to the scene but he was pronounced dead.

'While in the water he appeared to be in distress'. I find this statement disturbing. I'm lead to believe that officers allowed the man to drown before rendering any type of assistance. I'm not suggesting in any way that officers risk their own lives to save the alleged bandit but I'm of the impression that minimal effort was made to save the man before the drowning.

After the man was withdrawn from the water, did officers employ life saving maneuvers? Just Asking...

DO THE OFFICERS KNOW HOW TO RENDER CPR??????

..or how to swim? They seem to be quite adept at carrying weapons.

If you consider a beat down CPR, yes they are top notch

If they just watched him drown, they’re worse than he was!

They may well be.

Why not !!! One less criminal to take up space at prison while the HONEST citizenry pay for his upkeep !!! The only good thieves are the dead ones !!!

If he wasn't robbing someone's house, he would have had no need to jump in the canal to evade police, and therefore he would not have drowned.

So conclusion... don't be a criminal. He got what he deserved.

You people are incredible. The man is a SUSPECTED housebreaker and enjoys the right to be presumed innocent until proven guilty. How do you know it was him breaking into the house? Because the RBPF say so? He is not guilty of a thing until a court of law says so. They watched a man who was innocent in the eyes of the law, drown. God forbid if it is you or I they accuse next - and the public just writes us off.

If he was innocent why run and jump into the canal? In my opinion innocent people don't run from the police.

But hey, I'm just a law abiding citizen, what do I know.