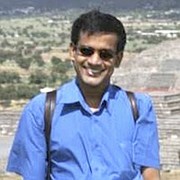 The push by Bahamian manufacturers’ to raise protectionist tariffs to up to 100 percent before these rates become binding is a “non-starter” with the WTO, a trade expert warned yesterday.

He told Tribune Business, though, that maintaining existing tariff rates on the 250 product types that compete directly with Bahamian manufacturers was “doable” and could be achieved while still meeting the 15 percent average tariff rates demanded by the world’s rules-based trading regime overseer.

Mr Chaitoo said the key to accomplishing such an objective will be to “disaggregate” what Bahamas-bound exports are important to the US, as many of the 250 tariff lines key to this nation may not merit such attention from Washington D. C..

The Oxford Economics report warned that the US typically seeks to drive a hard bargain on tariffs when it comes to trade negotiations, wanting all non-agricultural rates to be lowered to 15 percent. However, the trade policy specialist revealed “that is not necessarily how it plays out”.

“It’s doable,” Mr Chaitoo said of The Bahamas’ dual objective. “You can get an average tariff rate of 15 percent by maintaining some of those 250 tariff lines, but you have to bind those rates - you legally commit not to increase them in the future” after becoming a full WTO member.

He told this newspaper it would be a “non-starter” to seek to further increase existing tariff rates before they became “bound” in the WTO talks, adding that the Government would likely factor in other considerations such as “efficiency gains in the economy and “value for consumers”. “Things are expensive enough as it is,” Mr Chaitoo said.

Earlier, addressing a three-hour Bahamas Chamber of Commerce and Employers Confederation (BCCEC) event to present the Oxford Economics report, he had said: “When you talk to people individually they seem to be more realistic and more rationale about it. When you read the stuff in the press it sounds like they’re totally scared and it’s Godzilla. I think somewhere in between there is a more sensible line.

“Some of the manufacturing sectors suggested that the bound tariff, which is the tariff you promise not to go higher than in the WTO; the suggestion was that you increase the bound rates higher - in some cases from 45 per cent to 75 per cent, and one or two close to 100. That is not going to fly.

“I think you can escape by at least binding your current applied rates in the sensitive sectors, and that should be enough to get you in. Increasing your rates from 45 to 75 percent on things like bleach and so on, I don’t think there would be any positive sentiments to that in any sector anywhere in the world.”

The Oxford Economics report said that despite being largely a services-oriented economy, the “real challenge” for The Bahamas in the WTO accession negotiations will be its binding tariff rates and demands from other countries that some be reduced.

“While it is a services economy, the real challenge for The Bahamas in WTO accession negotiations is trade in goods, particularly tariff bindings and reductions,” the study confirmed.

“If not properly calibrated, these could negatively affect the manufacturing and agriculture sectors and lead to unemployment, since the local firms will not be able to withstand full competition. It is likely that Bahamian negotiators may have to trade-off concessions on the investment front in order to keep tariffs higher than what has been the norm in recent accessions.”

The Oxford Economics report added WTO accession negotiations have “become increasingly difficult” for new applicants such as The Bahamas - especially those smaller and lesser developed countries that have limited bargaining power.

The likes of Montenegro, Seychelles and Vanuatu were all required “to make significant market opening commitments”, especially on tariff rates, as the price of accession. However, the study recommended that The Bahamas emphasise its vulnerability to external economic shocks and climate change (hurricanes) in a bid to obtain sympathy for its position.

The Bahamas had 329 manufacturing companies in 2015, according to United Nations (UN) data, and the Oxford Economics report said: “The products important to the manufacturing and agriculture sector account for only about 250 tariff lines out of a maximum of about 5,000. So, in principle The Bahamas should safeguard these from liberalisation or reduction if the maintenance of local jobs in the Bahamian economy is an important objective of the government.

“But increasing some of the tariffs to the levels proposed by the Bahamas Light Industries Development Council (60-100 percent) before binding them will be difficult to defend in WTO accession negotiations.

“Nevertheless, bound tariffs in that range for agricultural products, particularly fishery products like conch and lobster and popular varieties of fish in a small island economy like The Bahamas should be defensible as they are essential to food security and local diet and local culture.”

The report added: “It is therefore recommended that an attempt be made to get to the 15 percent simple average non-agricultural market access (NAMA) tariff that seems to be the basic entry requirement for accession nowadays while keeping the 250 tariff lines out of the liberalisation package.

“The bottom-line negotiating position should be to bind them at the current applied rates. And it would be advisable to phase in over a three to five-year period the tariffs on some of the other products that are major revenue generators for the Government.

“It will be difficult to sell this proposal to the US, but given local sensitivities in The Bahamas these should be considered negotiating ‘red lines’. If not, the political economy costs of acceding to the WTO may be higher than the short- to-medium term benefits.”

Mr Chaitoo, meanwhile, told Tribune Business that he had yet to see any other countries object to The Bahamas’ tariff-quota proposal for agricultural products, which would lower and increase rates based on whether imported product had exceeded, or was below, a set volume.

This, he added, would ensure tariff-quota rates were aligned with consumer demand and seasonal production.

Several attendees yesterday questioned why The Bahamas needed to join the WTO, and at this time. “The necessity of WTO I don’t I understand. I’ve heard great suggestions about structural reforms, but I’m missing that nexus between why are we joining and what The Bahamas needs to do to move forward,” said accountant John Bain.

Mr Chaitoo replied: “One clear thing accession will do, if The Bahamas joins, is it will make procedures, requirements and processes for all business transparent, consistent. Those are very important in any environment.”

Lloyd Barton, head of global trade services at Oxford Economics, said: “There are positives to joining the WTO” after attorney Fayne Thompson, a member of Bahamians Agitating for a Referendum on Free Trade (BARF), also questioned the need to join.

Ramesh Chaitoo doesn't known a damn thing about The Bahamas. He's obviously one of those lacking in common sense who would have a most difficult time living and working outside of the protected confines of academia. This entire study is a bunch of malarkey. Was Red China somehow involved in funding this study? We all know that Red China has been pressing hard for our county to join the WTO for their own reasons which are not at all aligned with what's best for The Bahamas and the Bahamian people.

The WTO trade pond is for the bigger fish who have the critical size to look out for themselves and stay alive. As guppies we would be wise to stay out of the WTO trade pond and mind our own trade affairs. After all, there's nothing more those big fish like to do than eat guppies who afoolishly elect to swim in their pond!

You know it's a terribly slow news day when The Tribune has to resort to filling its pages with this kind of poppycock.