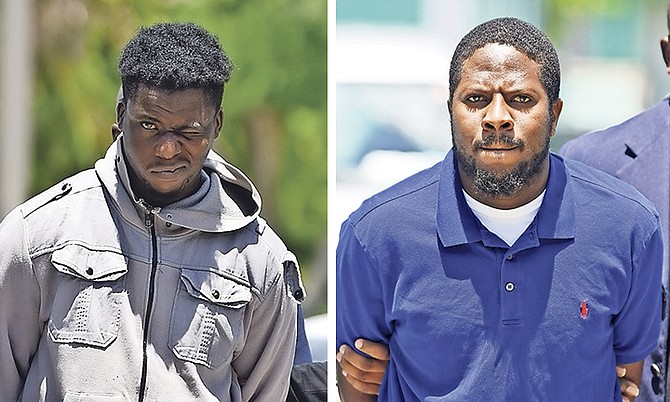 TWO men, ages 25 and 30, were arraigned yesterday for the shooting deaths of two men at Potter’s Cay Dock last week.

Deshawn Brooks, of Pineville, North Andros, and Ramon Young aka “Monee” of Coral Harbour Road, were charged yesterday with murdering Lathario “Tario” Lockhart and Meric Anton Russell on May 8. 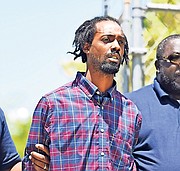 According to initial reports, shortly after 8pm on the date in question, police responded to an eatery at Potter’s Cay Dock after hearing sounds of gunshots. Officers discovered that two men had been shot to the upper body by unknown assailants who fled in a southern direction of the dock and disappeared into the crowd that had assembled after the shooting.

Paramedics visited the scene and attended to the victims, however, they were pronounced dead at the scene.

None of the men were required to enter a plea to the charges when arraigned before Magistrate Samuel McKinney yesterday. Bail was denied and they were remanded to the Bahamas Department of Correctional Services (BDCS) until June 20, at which time they will be served with a voluntary bill of indictment (VBI).

They have a right to apply to the Supreme Court for bail.