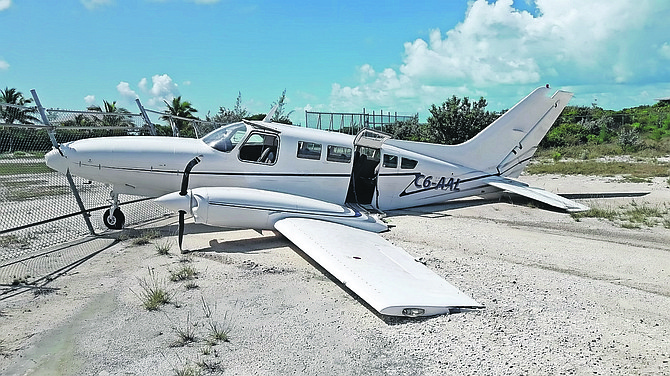 POLICE are investigating a plane crash in Staniel Cay, Exuma. “Reports are that shortly after 10am police on Staniel Cay, Exuma received a report that a plane had crashed at the airport,” a statement from the Royal Bahamas Police Force said yesterday. “Upon arrival at that location, officers discovered that a white 402 Cessna twin engine aircraft, registration CH6AAL, had crashed into a chain link fence as it attempted to land.

“No one was injured. This matter will be referred to the Department of Civil Aviation for further investigation.”