How Ardastra Is Putting A Kestrel Back In The Sky 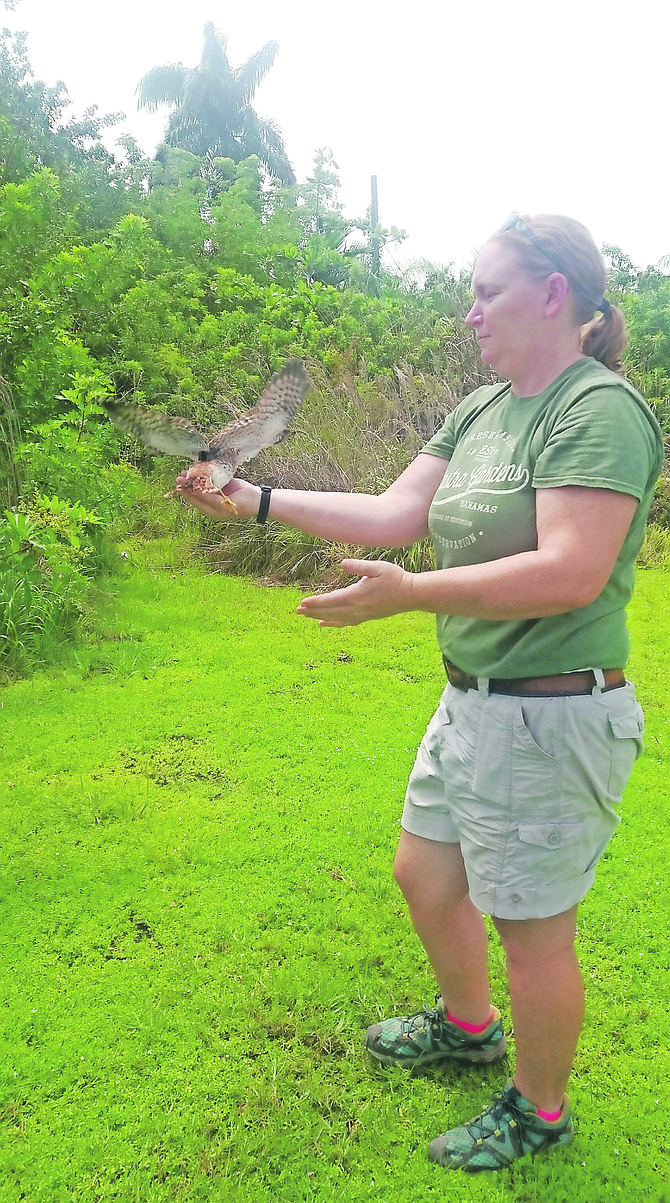 IT takes roughly five minutes and some prompting for the American kestrel – a small, colourful falcon –to realise it’s free. Discovered around two weeks ago flapping on the ground, a do-gooder brought the young bird to Ardastra Gardens, Zoo & Conservation Centre believing it to be lacking the flight and survival skills that it would have been taught by its parents had it not fallen from its nest.

“Ideally you want these birds to stay in their natural ecosystem. Not all of them are going to survive but that’s part of nature. We want to let nature do the picking and choosing as much as possible,” said Bonnie Young, Ardastra’s animal curator.

Of the 14 kestrels the centre took in this month, three have become permanent residents, four have been released and the rest are receiving care. If history repeats itself, up next will be an influx of mockingbirds and flycatchers, followed by white-crowned pigeons, a species classified as “near threatened” by The International Union for Conservation of Nature (IUCN).

Spring brings new life and with it a busy season for animal rescue and rehabilitation at Ardastra, reinforcing the conservation mandate that is a part of its name. Its highly trained staff is largely called upon to rescue snakes and birds.

Just that morning Ms Young undertook a catch and release of a five-foot Bahamian boa constrictor which had somehow entered a home on Prospect Ridge and tangled itself underneath a bathroom sink.

She keeps a pillowcase in her car for that very purpose. Tie the end and it’s a nifty container for transporting unwanted, reptilian intruders away from civilisation to uninhabited and undisclosed locations.

Ardastra lacks the resources and funds to take on every animal in need. The expense associated with caring for each temporary boarder varies. In general, it costs a minimum $5 per day to feed and care for them. The price goes up if the animal requires medication and ongoing veterinary care.

A single vet visit ranges from $15-$80 per animal, x-rays cost $25, if necessary. Some animals could require specialised food or round the clock care.

Although it’s a costly undertaking, Ardastra pays out of pocket for all animals in its care including food and veterinary services for temporary boarders recovering from injuries, waiting to be released back into the wild.