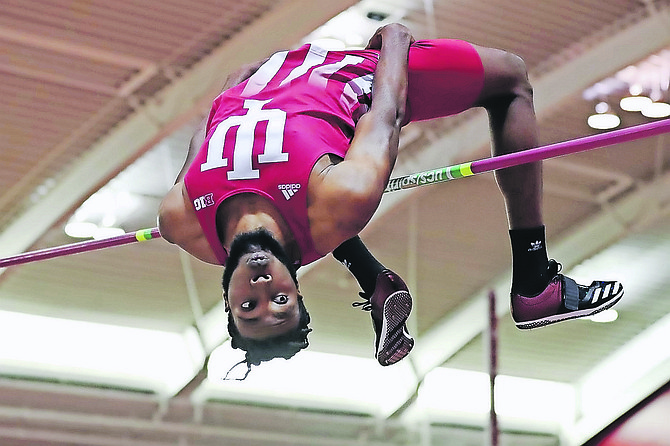 Several Bahamian student athletes will participate in the NCAA Division I Men’s and Women’s Outdoor Track and Field East and West Regionals this weekend, looking to qualify for the Division I Championships.

Five Bahamians will compete at the East Regionals.

For the Purdue Boilermakers, Samson Colebrooke will contest both the 100m and 200m while Tamar Greene will compete in the triple jump.

At the Big 10 Championships, Greene took first place in the triple jump with a leap of 16.15m and ran the first leg of the winning 4x100m relay team.

Both were members of the first place 4x100m relay team.

Donavon Storr also qualified for the Southeastern Louisiana in the 200m and 400m.

“We are extremely excited about this group,” said SLU track head coach Corey Mistretta. “Donovan has had an exceptional training year. He is starting to realise the fruits of his labour and I think it will pay off this weekend.”

Storr ran a personal best 46.74 in the 400m in the conference championships on May 5. The second team All-Southland selection also qualified in the 200m running a 20.98 April 27 at the Southern Miss Open in Hattiesburg, Mississippi.

Jyles Etienne will contest the high jump for the Indiana Hoosiers.

Etienne recorded his season best height at the Big Ten Championships where he cleared a height of 2.20m (7’ 2.5”).

The Liberty Flames’ Denzel Pratt looks to return to the NCAA championships for the second consecutive year. He finished third at the 2018 NCAA Division I East Preliminary Round meet in Tampa, Florida.

This season, Pratt has won four of his six javelin competitions, and won the ASUN title most recently.

Pratt will attempt to improve upon his own Bahamas national record (232-0) set in 2017.

Sasha Wells qualified for the 100m hurdles while Kayvon Stubbs will compete in the 200m.

On the men’s side, Bradley Dormeus will compete in the 400m and the 4x400m relay.

Wells was named the 2019 Summit League Outdoor Track Championship MVP. She shattered the meet record with a time of 13.44 in the 100m hurdles, tying her personal best which she ran at the 2018 CARIFTA games.

Arkansas’ Laquan Nairn will compete in the long jump and triple jump. At the SEC Championships, Nairn set a new personal best and finished fifth in the triple jump with his jump of 15.68m.

Charisma Taylor, of the Washington State Cougars, will compete in the triple jump.

Texas Southern’s Alexis Gray qualified in the 100m and 200m.At the SWAC championships, Gray came away with a pair of silver medals in sprinting events for the Lady Tigers. Her second-place time in the 100m dash was 11.77, Gray finished the 200m dash with a time of 23.74, also good for second place.

Shakeem Smith and Dreshanae Rolle will both compete for the University of Texas El-Paso in the 400m hurdles.

The awards were announced Wednesday by the US Track and Field and Cross Country Coaches Association (USTFCCCA).

Student athletes earned USTFCCCA All-America honours by virtue of finishing among the top-8 of their respective individual events – including as a member of a relay – at the 2019 NJCAA Division I Outdoor Track & Field Championships this past weekend in Hobbs, New Mexico.

Cloud County (Kan.) won its first outdoor national title in programme history, while the New Mexico JC women made it three in a row and protected their home-track advantage.