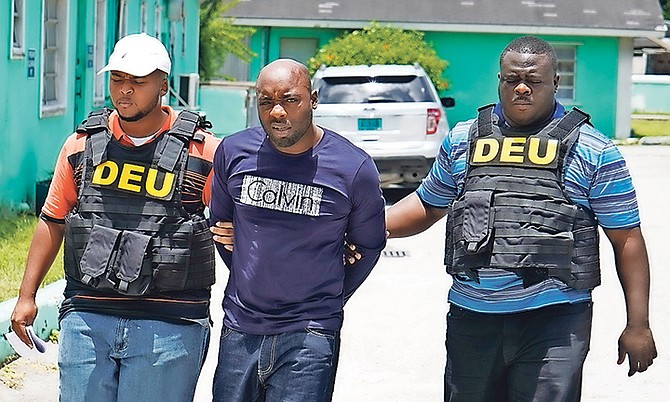 A 37-year-old man was remanded to prison yesterday after he pleaded guilty to drug related offences.

Lucas Lewis, of Grand Bahama, was arraigned in Magistrate’s Court, on cocaine possession charges. He was arrested at Lynden Pindling International Airport earlier this week with 10 pounds of cocaine in his luggage, valued at more than $60,000.

He claimed in court that he was paid $12,000 by a woman in Suriname to transport the drugs. Lewis was sentenced two years on each count, to be served concurrently.

According to a police report, shortly after 2pm on Tuesday, Drug Enforcement Unit officers observed a male in the customs hall who, upon seeing them, begin acting in a suspicious manner. The officers conducted a search of the man and his bag and recovered a package which contained suspected cocaine.

The man had just arrived from Suriname through Jamaica via Caribbean Airlines, police reported.