UN warns of long road back for fishing sector 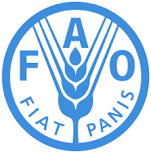 THE Bahamas’ lobster and fisheries industry - a sector worth $75m - has been severely set back by Hurricane Dorian, and United Nations assessors say it could take two years for Abaco and Grand Bahama to recover.

A report by The Food and Agriculture Organization of the United Nations (FAO) - due to be officially released this week - says that more than 80 percent of fisheries infrastructure in Abaco and Grand Bahama has been either significantly damaged or completely destroyed since the passage of the Category Five hurricane. It follows an assessment following the disaster carried out in conjunction with the government last month. The FAO is recommending emergency assistance for the fisheries industry on the affected islands.

While there is a setback in Abaco and Grand Bahama, the major losses are confined to those islands and is not a true reflection of the performance of the entire lobster and fisheries industry as a whole in The Bahamas; as stakeholders in the industry say that the country will still meet its requirements for international export.

In 2013, The Bahamas was number one in the world for spiny lobster production and today is second only to Brazil. While there is a desperate need for rebuilding the fisheries industry in Abaco and Grand Bahama, president of the Bahamas Commercial Fishers Alliance Adrian Laroda is confident that the industry will still be able meet international demands.

“At the end of the year the landings will show that we are still able to meet normal product demand and we will still be able to export the five million pounds that we do each year,” he said.

Despite this loss and the need for rebuilding fisheries infrastructure on affected islands, Mr Laroda said there was not a significant number of commercial fishermen in Abaco and Grand Bahama, as they account for less than ten percent of the fisheries sector. The remaining 90 percent of the industry is still functioning and the five million pounds of lobster from Bahamian waters that are exported to The United States and Europe annually will not be heavily impacted.

Minister of Agriculture and Marine Resources Michael Pintard echoed these comments and underscored the need to assist fishermen in Abaco and Grand Bahama.

He said: “We want to ensure the fishermen affected by Dorian have the help they need. Fishermen on Abaco and Grand Bahama have lost their vessels, they’ve lost their traps; so we are particularly concerned about the loss of livelihood and their potential to generate income. We have international partners who will be assisting fishermen on these islands. However, The Bahamas’ lobster and fisheries industry is still robust and able to meet its export demands.”

STOP THE EXPORT OF CRAWFISH AND CONCH! IF THERE WERE CONTRACTS BREAK THEM AND SAY _ THAT'S TOUGH , CHINA OR WHOEVER, FIND SOMEWHERE ELSE AND DEAL WITH IT!