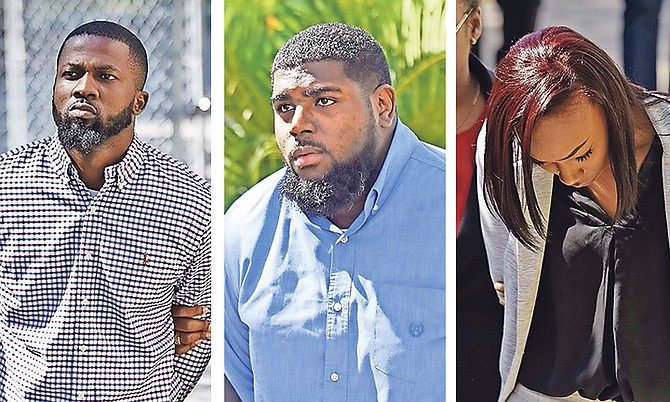 TWO customs officers were charged yesterday with stealing thousands of dollars worth of jewellery by reason of employment. A third person, the wife of one of the officers, was charged alongside her husband with receiving the stolen property.

Prosecutors allege that on November 6 Mr Bastian and his wife, Jewel Bastian, 27, dishonestly received three Cartier watches worth $10,882, the property of John Bull.

They were also charged with dishonestly receiving four Movado watches worth $3,603 belonging to John Bull.

They were further charged with dishonestly receiving a Cartier sunglasses worth $463, the property of John Bull.

The trio elected to have their case tried in the Magistrates Court. They were remanded to prison and must seek bail from the Supreme Court.

Following their arraignment, they broke down in tears during the brief moments they spent with their family before police escorted them out the courtroom.