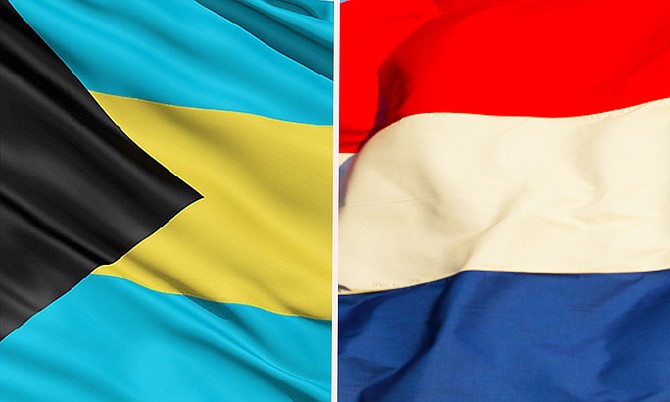 THE Dutch company that supplied nine Royal Bahamas Defence Force vessels misrepresented to the Dutch government how much it paid a foreign intermediary that worked on the project.

When the Deutsche Bank loaned the Bahamas $149 million in 2014 for the Damen Shipyard Group’s supply of nine RBDF vessels, its agreement fell under ADSB’s ECG, according to the Global Trade Review in 2014.

The World Bank disbarred Damen for 18 months in 2016 for failing to disclose an agent and the amount of commissions due to the agent.

The Dutch government then temporarily suspended Damen from accessing its export credit insurance.

“On the basis of this additional information, the state has reassessed the 14 cases,” he said, in response to questions in the Dutch parliament. “This has led to the imposition of measures on ten of the 14 transactions by the right to compensation for damages.”

It is said that Damen’s project with The Bahamas was one of these cases.

Damen used NSG Management & Technical Services LTD as its intermediary in the Caribbean.

It is not clear what NSG’s work on the project involved.

On its website, the company says: “Other procurement, supply and commissioning projects in the region include the government of the Bahamas for the Royal Bahamas Defence Force…”

Its website also features a photo from Curacao in March 2013 showing two Bahamian government officials alongside Mr Hobson and Damen officials after a letter of intent to acquire the defence force vessels was signed.

The photo is captioned: “The Bahamas, DAMEN and NSG Teams.”

Dutch investigators are said to be examining whether Damen allegedly bribed foreign officials in multiple jurisdictions through their foreign agents. NSG is said to be at the centre of its inquiry.

And we'll be surprised at their findings?

But will we follow the money all the way back into the hands of Bahamian officials?

can't wait to see which of the politicos get caught and then use their politico over the judiciary so they can jump through a loop hole and walk.....

This is great news. All corrupt government workers, both elected and appointed, need to be brought before a court and handed down the severest penalties as an example to deter others. We are a very corrupt country but exposure and prosecution may bring about change for the better. The long promised Freedom of information Act would also help.

Corruption is widespread throughout the land and sea. Yes ‘ corruption is in the Bahamas! It’s in Holland too – Still ‘ tell us about the pirates on wall street ‘ insurance companies ‘ pharmaceutical companies ‘ and yes politicians worldwide ‘ mention is made about corruption in African countries – but I dare say the quintessential corruptors are the world big powers – the bigger/richer they are ‘ the more institutional corruptors they will be – and they are very much so! Kicking the dog will not help ‘ that’s an example of the old paradigm – the prevailing orthodoxy ‘ don’t poke the shark – we will not ‘ we cannot get rid of corruption ‘ so one might say escalate it – just ask the international Mafia Federation(IMF) ect.