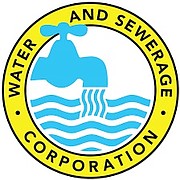 The Water & Sewerage Corporation’s main supplier yesterday voiced concern that Hurricane Dorian has “exacerbated” the Government’s difficulties in paying the $16.2m debt owed to it.

BISX-listed Consolidated Water, in its third quarter results filing with the US Securities & Exchange Commission (SEC), revealed that nearly three-quarters of that sum - some $11.988m - was “delinquent” or more than 90 days’ owing at September 30, 2019.

It repeated previous warnings that the state-owned water utility’s inability to make full and timely payments could result in a liquidity crunch for its Bahamian subsidiary, which would require the Nasdaq-listed parent and other shareholders to inject additional funding.

Provisions, and ending recognition of revenues from its local water supply deals, remain other potential consequences, and the cash-strapped Water & Sewerage’s problems in paying its bills as they become due is still flagged as a “risk factor” in Consolidated Water’s financial results.

Tribune Business’s records show that the sums owed to Consolidated Water are rising once again. The balance due had dropped to $12.7m at end-June 2019, meaning that it has increased by $3.5m or 27.6 percent over the three months to end-September 2019, with the proportion that is delinquent increasing from 68 percent to 74 percent.

“Consolidated Water (Bahamas) accounts receivable balances due from the Water and Sewerage Corporation of The Bahamas amounted to $16.2m as of September 30, 2019, and $17.6m as of December 31, 2018,” Consolidated Water said in its 10-Q filing with the SEC.

“Based upon this payment history, Consolidated Water (Bahamas) has never been required to provide an allowance for doubtful accounts for any of its accounts receivable, despite the periodic accumulation of significant delinquent balances. As of September 30, 2019, we have not provided an allowance for Consolidated Water (Bahamas) accounts receivable from the Water and Sewerage Corporation.”

Yet Consolidated Water acknowledged that this situation may have changed in recent months due to the devastating blow inflicted upon Abaco and Grand Bahama by Hurricane Dorian, and the huge financial demands imposed upon the Government to finance reconstruction worth several hundred million dollars.

“We believe the delays we have experienced in collecting Consolidated Water (Bahamas) receivables have been exacerbated by the significant impact of Hurricane Dorian, which devastated the northern Bahamas in September 2019, Consolidated Water added.

“We may be required to cease the recognition of revenue on Consolidated Water (Bahamas) water supply agreements with the Water and Sewerage Corporation, and (we may be required to provide an allowance for Consolidated Water (Bahamas) accounts receivable. Any of these events could have a material adverse impact on our results of operations, financial position and cash flows.”

Still, Consolidated Water said its overall accounts receivable balance had decreased by $1.3m for the first nine months of 2019 due to reducing the $17.6m sum owed to it at year-end 2018.

It added that reduced gross profits in its bulk water operations were attributed partially to depreciation of $222,000 and $638,000 for the September quarter and first nine months, respectively, which has resulted from the refurbishment of its Windsor plant.

Rick McTaggart, Consolidated Water’s chief executive, yesterday told financial analysts via a conference call that its Nassau-based Bahamian operations had not been impacted by Dorian. He said: “Our business is running smoothly there and there have been no issues.”

Water and sewer Corp bills you monthly, takes your money, but doesn’t pay the producer.