Stateside: All We Wanted Was A Quiet Life – Now Look At Us. 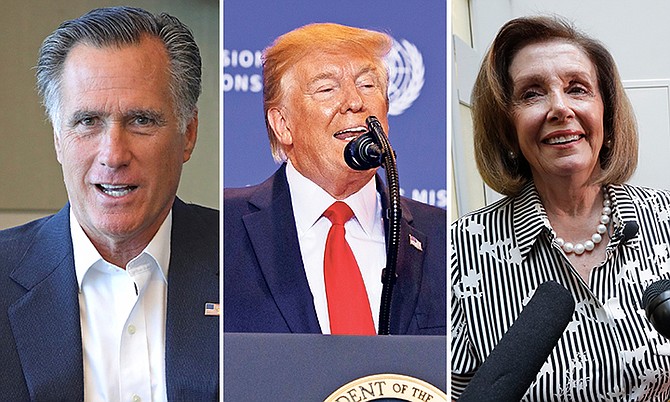 We all live in a democracy. We vote in elections. We choose our leaders in a hopefully thoughtful process. We hope we made the correct choice with our vote.

And then, mostly, we leave the governing to our elected leaders. We want them to do a good enough job in their positions so we don’t have to worry about them or fret that they need to be replaced.

We just, basically, don’t have the time or energy to devote to following our leaders around, via the media or otherwise. Our lives are just too busy. We chose those leaders to lead, manage and direct government and our national affairs. We want them to just get on with it and let us tend to our affairs, be they professional, financial, personal, familial or other. It’s their duty to do a good enough job that it doesn’t distract us too much from our daily lives.

The shortcomings and peccadillos of our political leaders are diverting and often make for good social chatter, like the weather, the disastrous Miami Dolphins or the latest NBA gossip. Once in a while, however, things start to seem so unusually unsettling that we have to actually think about making a change.

Therefore, impeachment is a huge nuisance.

That’s where the American voter is right now. That voter made his or her choice three years ago and mostly wanted their president to govern the country without too much fuss and bother, and not make anyone think about needing to vote or choose for another four years. As long as scheduled transfer payments like social security and Medicare were flowing and there were no new, intrusive or burdensome federal rules to observe or resist, most voters didn’t think or care very much about the federal government.

Now, the president is being impeached by the House of Representatives. House Speaker Nancy Pelosi has declared the whistleblower complaint about Donald Trump shaking down the president of Ukraine for damaging information on potential rival Joe Biden was finally enough to convince her to take her foot off the brake on impeaching the president.

American voters now have to try to digest all the information that’s coming at them like streams of water from a fire hose. And it’s not even an election year. What a nuisance!

We all live in a democracy. Sometimes this requires more than simply voting every two or four or five years. This is one of those times for Americans, and maybe for others around the world, too. Laziness and disengagement will yield predictably disappointing results. Engagement and voting might bring welcome change, and that change might even last for four years!

WHAT IF THE POLLS ARE RIGHT?

In Washington especially but all over the US, the nuisance threat of impeachment is growing. Usually reliable polling indicates that ever higher numbers of potential voters want the House impeachment process to continue, and growing percentages of citizens indicate their willingness for Trump to be removed from office.

That impeachment is essentially a political process is actually imbedded in the American constitution, so the politics of what’s going on now represents no surprise. House Speaker Nancy Pelosi sought no House resolution prior to beginning the formal impeachment process, presumably to protect some House Democrats currently representing conservative districts from having to cast a vote in favour of impeaching a president who retains considerable grass-roots popularity.

The Republicans, cleverly, have seized on this. They also point out, cleverly and also correctly, that the Democrats and American liberals generally regard Trump as profoundly illegitimate, both because he failed to win a majority of the popular vote in 2016 and because he benefited from foreign (Russian) interference.

But the Dems are also really angry because he neither observes long-established American political norms nor cares a whit about their objections as he thumbs his nose at poor people, immigrants, global warming and other foreign policy concepts devised in comfortable salons in Washington and New York.

Trump is still in office, so it seems that in his mind at least, stubborn adherence to 2016 campaign promises and pandering to his base is still a workable formula for re-election.

But what if some of today’s polls are right? What if much of the national TV and print media are correct that most Americans are weary of Trump and ready and willing for change?

AND THEN WHAT HAPPENS?

Let’s think the unthinkable for a moment.

Suppose the evidence of the president’s outrageous and unprecedented misbehaviour continues to mount, in spite of his resolute (for now) resistance to Congressional subpoenas delivered to the White House and many members of his administration.

Suppose this leads to an indictment (impeachment) in the House of Representatives. The case against Trump would move to a trial in the Senate.

Even today, there seem to be faint cracks in the dam of GOP support for Trump in the Senate. There are at least two factors at work here. One is Trump’s inexplicable return to an earlier impulse to pull American troops home from the trip-wire function they presently perform along part of the unstable border Syria shares with Turkey.

Such a move, which when Trump pursued it over 18 months ago caused respected Defence Secretary Jim Mattis to resign in protest, will principally benefit the autocratic leaders of Turkey, Russia, Iran and probably Syria itself. It will also represent a comprehensive betrayal of America’s long-time Middle East allies, the ethnic Kurds. It might also potentially imperil Middle East Christians, a significant minority in several major regional nations.

Many prominent Senate Republicans, including Majority Leader Mitch McConnell and South Carolina’s Lindsay Graham, have angrily denounced Trump’s intentions. Other GOP senators are likely to join in this condemnation of a potentially disastrous presidential impulse, and this might weaken their resolve to support him in an impeachment trial if he persists and the troops do leave their border assignment.

The other factor is Utah Senator Mitt Romney, who has probably been the most consistently outspoken congressional Republican in his criticism of Trump. Immediately denouncing Trump’s shakedown of the Ukrainian president and joining the critical chorus on the troop pullback idea, Romney has staked out a clear potential position as a viable alternative to Trump.

We should not forget Romney was the Republican nominee for president in 2012. Many observers believe that if not for Barack Obama’s smart and timely rescue of the American auto industry in the run-up to that election - which ensured that Obama would carry Ohio, Michigan and other auto industry-dependent Rust Belt states - Romney would now be concluding a triumphant two terms as president.

Of course, Romney’s infamously overheard private remark that 47 percent of Americans were welfare cheats of some kind didn’t endear him to voters. But who will remember that slip of the tongue eight years later?

If Trump does eventually succumb to his largely self-inflicted political wounds and resigns or is impeached, two things could happen that may seem almost inconceivable now.

First, he might take obsequiously loyal Vice President Mike Pence down with him. That would mean the acting president of the United States would be the Speaker of the House of Representatives.

And from the potential wreckage of the Trump presidency, the new standard-bearer of the Republican party might turn out to be Mitt Romney.

Who would you favour in 2020? What if the choice were Romney or Joe Biden? How might Romney fare against fellow senators Elizabeth Warren or Bernie Sanders or Kamala Harris? Ironically, Trump and his damaging attacks on Democratic rivals could fuel Romney’s second bid for the White House.