'Buddy' Wants To Play For Kings 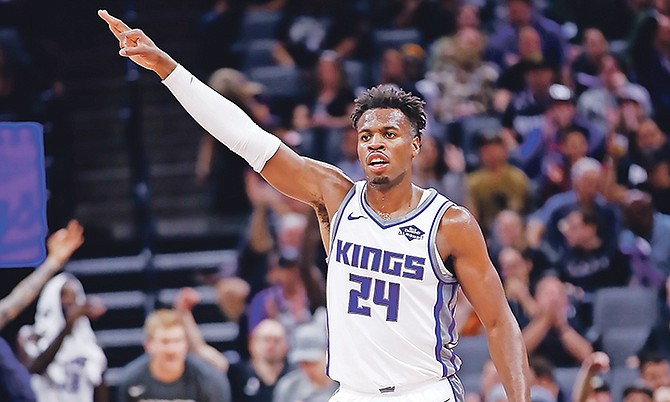 WITH less than a week left for Buddy Hield and the Sacramento Kings to reach an agreement on an extension of his contract, Hield has been adamant about his desire to remain with the organisation.

“If I’m their guy, I think they should make it happen already. I want to build a future here. I want to be here, but we have to see something. Something’s got to come to the table. We have [time] to see what that brings, but I want to be here.”

Hield is set to enter the final year of his rookie contract (four-year, $15.9-million) and is eligible for a rookie scale contract extension (up to $158.1 million over five years).

The deadline for both sides to reach an agreement on the extension is October 21. The 2019-20 season tips off on October 22. Should they fail to agree on the extension Hield could become a restricted free agent next summer if the Kings extend the $6.48 million offer.

“As a player, you want to have that trust that the franchise has your back and we’re just waiting for them to make a move and come to an agreement. They’re talking, but nothing is moving yet. Nothing has moved. I’m ready to make things happen, man. I want to make Sacramento my home. I’m ready to get this done,” Hield said.

“I want to be here and if it doesn’t happen, then things can go the other way.”

“I know what I’m worth,” Hield said. “I know what I bring to the table. I know what my value is. Not many guys can shoot the ball like me in the league. I make other guys better by just being on the court because they can’t leave me, and if they leave me it’s 45 per cent my shot is going in, so I’m sure other teams would like that too.”

Way to go Hield you are greatness.