'Don't Send Me To Jail, I Have Bullets Inside Me' 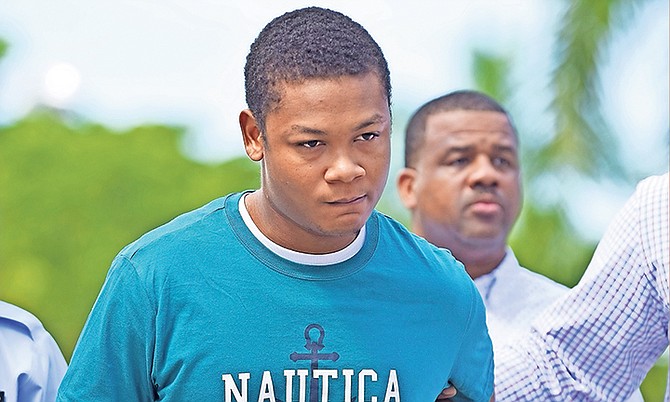 A 23-year-old man charged with murder yesterday claimed he isn’t “fit” for jail because he has two bullets lodged in his upper body.

Stephon Davis, upon being remanded for allegedly killing Anthony Wright, said he has a bullet in the back of his head and one in his neck.

To validate his “conditions”, he subsequently showed Chief Magistrate Joyann Ferguson-Pratt X-ray images of bullets inside him.

The Yellow Elder resident further asserted that he was beaten while in custody at the Central Detective Unit (CDU).

“I ain’t really fit for jail,” he concluded.

Davis’ statements came moments after he was arraigned on a single charge of murder stemming from Wright’s shooting death in the Coconut Grove community on September 15.

According to police, on the date in question, Wright was standing in front of a residence on First Street around 7pm, when he was approached by people in a white Japanese vehicle who opened fire on him.

Wright was transported to the Princess Margaret Hospital (PMH) where he later died.

Davis was not required to enter a plea to the charges and the matter was adjourned to December 5 for service of a voluntary bill of indictment (VBI). Bail was denied and he was remanded to the Bahamas Department of Correctional Services in the interim.

He has the right to apply to the Supreme Court for bail.

The chief magistrate also made a note for Davis to be seen by the BDCS’ medical examiner upon his admittance to the Fox Hill facility.

Davis is the second man charged in connection with Wright’s death.

Last week, 40-year-old Eduardo Carey of Wilson Street was charged with Wright’s murder, as well as the murders of two other men and the attempted murders of another three. He also returns to court on December 5 for service of a VBI.

Nonetheless, his attorney, Tonique Lewis, told the court that her client was willing to participate in an identity parade for all of the matters he was accused of, but was denied the opportunity.