Insight: Why A More Informed Citizenry Is Critical To Advancing Our Democracy 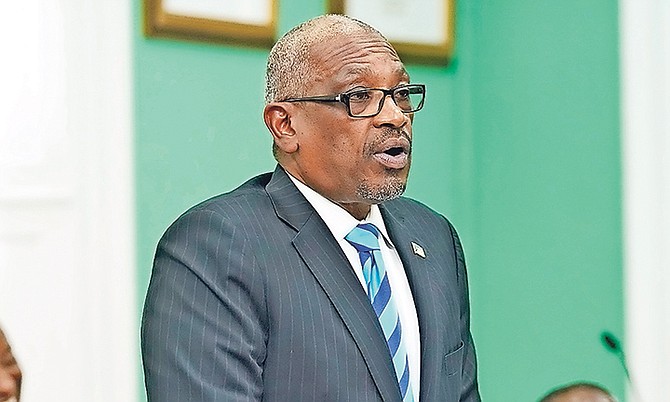 The second half of the Minnis administration's term will go even faster once the campaign season really comes into effect.

AFTER a week where the news cycle covered the usual – the aftermath of Hurricane Dorian and immigration issues - what also crept into the spotlight was the face-off between the Bahamas Christian Council and LGBTIQ and human rights advocates Rights Bahamas. Now, while this is certainly a heavy topic, this article’s purpose for mentioning it is not to harp over the issues, but to consider how these issues and others affect the course of our country’s future.

Last week, Canada returned incumbent Liberal Party and Prime Minister Justin Trudeau back to parliament as the minority government. What was interesting about the lead-up to their elections when comparing with ours was that Canadian voters may seem very indifferent towards politics, as they seemingly don’t wear it on their sleeves.

However, after analysing the campaign platforms of the various leaders - and how their platforms resonated with average citizens - what was revealed was their citizenry’s engagement in their democracy showed a people informed on the issues. Juxtaposed with that is the fact that in recent years Canada has been one of the top performers on rankings of the world’s best governed countries and quality of life standings.

There is a novel thought. If we were to mirror the same in our democracy, there would be a possibility we can achieve some of the same benefits.

But herein lies the problem. While still a political toddler, we have developed some terrible habits that are becoming increasingly harder to break.

As party politics has created a lazy electorate and arguably even lazier government, we continue to spiral down a path where the most educated look at the disparities between the way The Bahamas is governed compared with the likes of Canada and want to run for the hills – or even Canada itself.

Although a growing sector of society is beginning to reject partisan politics, Bahamians generally still find comfort in their affiliation or support of the PLP and FNM. And despite 50-plus years of this model giving us proof that this system does not work, you can guarantee that silly season – so validly coined – will bring out seas of red and yellow to political rallies where the goal is to sell dreams to the drunken masses in hopes it translates to an election win. Mind-numbingly, the fact the majority of Bahamians do not see a problem with a political party’s manifesto being symbolic of nothing more than something that, at best, can be used as toilet paper is a mammoth-sized problem.

For years, researchers have been studying the efficacy of voter information on government performance and the results are consistent – a more informed populace enhances electoral accountability and motivates a government to perform at its best. Likewise, in democracies where voters are uneducated or have little information about government policies - corruption, poor economic performance and a host of other societal ills prevail.

So where are we on the spectrum? How many Bahamians can honestly say they have a grasp of what the hot button issues are leading into the next election – and more than what they are, but also how are they impacted on an individual level?

Simply looking at how Hurricane Dorian has exposed so much of what is wrong about how our country operates, how many Bahamians can honestly look themselves in the mirror and say we function like a population that has ambitions of being recognised in the First World?

Certainly, there are political actors who support freedom of information. But without mass organisation and grassroots campaigning that is not promoting its own self-seeking agenda, all efforts to create a meaningful piece of legislation are impotent. More than that, if citizens are not concerned with becoming informed, then what good does freedom of information even provide?

Just as fast as the first half of the Minnis administration’s term in government has gone, the second half will go even faster once campaign season really comes into effect. And as we canvas the political landscape to seek out the next political directorate, we are not challenging any potential administration to rise to the occasion of advancing our nation forward.

Instead, we allow emotion rather than logic to guide our handling of the nation’s issues. Hence, when we should be demanding the government legislate the Freedom of Information Act, table the Disaster Preparedness plan leading up to a storm, or for the new ministry responsible to give us insight into what the plan will be going forward, particularly with a renewed hurricane season less than a year away or for a clear indication of what the nation’s immigration policy will be, we rather bicker about who’s a “sissy” and how the “hytians” are taking over.

Very mature of us, wouldn’t you say?

Furthermore, our reluctance to grow up politically and societally will only yield more of the same failures that we continue to experience.

The Good Book offers us a sobering meditation: “My people are destroyed for lack of knowledge.” While this was written in a spiritual context, it is no less true as we continue to deal with circumstances that handicap our society.

The Bahamian people will serve themselves greatly by becoming informed on the issues so when campaign season commences, aspiring Parliamentarians will have their work cut out for them. This will be a significant step in improving our democracy.

@ Malcolm Strachan, very thoughtful insight this week. As a people we have a lot to learn. I have said it time and time again on this forum, we will never move forward as a country as long as we the people continue to thrive on ignorance.

We refuse to read, ask questions or even attend meetings where pertinent information is being discussed. As long as we continue to bury our heads in the sand and rely on hearsay, we will never become an informed electorate.

Oh Canada!
Comrade Reporter Malcolm's good and bad read on what brought about the majority liberal government being reduced minority government is just the warm-up act to what the good news and the bad news what Canadians got right or got wrong on Canada's general election day, yes, no. For damn sure the professional political pundits were left scratching they head's .....Canadian Prime MinisterTrudeau is now forced to call up his 10 to 16 months minority government lifeline ....

Absolutely correct Mr. Strachan. Where is the desire to know here? Many homes have but one book, as if this will suffice. There should be much more emphasis on getting our kids to know, not just believe. Though that doesn't help with the collection plate for many of our religious "leaders", it will certainly benefit our country in the long run with an educated populace.

... unfortunately education does not change the human heart. A person lacking integrity or who is morally undisciplined will only become an educated person without integrity etc! This reflects the current state of this country and the world. More doctors, lawyers, accountants and other 'professionals' in this country than any other time in our history, but more evil hearts, oppression, dishonesty and manipulation too! Religion is not the problem my friend, the human heart is!

Joeblow, the heart can be changed by interacting with people we see as different. This is one of the true benefits of kids interacting with other kids from other places in the world. I agree, some of the worst crimes in history were perpetrated by those most educated. Yet, this is not a logical argument against education. It is an argument for more. Doctors, lawyers, accountants were not educated, they were trained for a vocation. Nothing more. If the heart is not changed by philosophizing, what then, if a heart can change, will do so? Logic is important. Can the heart help with logic? Sorry, I just don't buy your argument,

The religious leaders need to be more focus on their own field where so many immoral activities are taking place with church's minister traveling overseas without their wives but with a group of their church's members,among them young girls, and conveniently creating circumstances about hotel allocation where suspicions of unlawful sex takes place. On the other side,democracy is better displayed if the Christian Council creates the mechanism to record the whereabouts and behavior of their church's ministers by having the right and freedom of installing surveillance equipment including hiden cameras anywhere inside church's members of the Christian Council. Also democracy is Better displayed if the government apply dignity & respect to all people by adding,in daily practical schemes, transparency in all government agencies and stands like governmental use of public funds relating them with the compliance of public disclosure act regarding each cabinet member of this current administration. Revealing into public domain information the amount of MONEY COLLECTED DAILY ONLY FROM VAT and further verified and certified BY an independent panel of PRIVATE controllers and AUDITORS. Democracy is better displayed by the government showing tolerance to the claims of the people who elected them to be government.

Where the VAT-MONEY is going as well as every other pennies from international and local aids including those loans and loans from IDB and others, in aras of HURRACANE DORIAN ? The majority of roads still without sidewalks,public safety is not approach properly yet,murders still happening by wholesale and SOCIALLY EXCLUDED YOUNGSTERS still all over neighborhoods committed to be criminals looking at the government as their mirror.

Bahamians only vote and complain.That is the extent of their involvement in this democracy. A white bahamian told me,bahamians vote based on emotions.They can't look at and compare the proposed policies of the parties and vote based on that.There is also quite a race and class politics in the Bahamas.There is also a large percentage of voters who are both poorly educated and not exposed to life beyond New Providence.The niece of a former FNM leader said that.