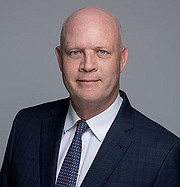 Sarkis Izmirlian’s accusations that Baha Mar’s former receivers breached a Supreme Court order by passing material to the project’s contractor have been blasted as “misconceived and wrong”.

Brian Simms QC, senior partner at Lennox Paton, told the original developer’s US attorneys in an August 28, 2019, letter that the Order did not prevent the “voluntary release” of documents in the Supreme Court files to parties such as China Construction America (CCA).

Mr Simms, who represented both Baha Mar’s financier, the China Export-Import Bank, and the Deloitte & Touche receivers it subsequently appointed for the $4.2bn Cable Beach mega resort, wrote that the Order was merely intended to protect such documents from being accessed by persons not involved with the dispute between Mr Izmirlian and his erstwhile Chinese partners.

“Your claim that the documents were provided to China Construction in breach of an order of the Bahamas Supreme Court is misconceived and wrong,” Mr Simms told Mr Izmirlian’s US attorney, Peter Sheridan.

“The order in question only prohibits inspection by third parties of affidavits and their exhibits that have been placed on the court file. The order does not prohibit the voluntary release to third parties of documents.”

Mr Simms’ letter, not surprisingly, has been seized upon by CCA and its US attorneys amid their ongoing battle with Mr Izmirlian and his BML Properties vehicle over whether legal opinions and valuation reports - which the latter claims are confidential legal documents that belong to him - can be used as evidence in their $2.2bn fraud and breach of contract dispute.

For Mr Simms also rejected the original Baha Mar developer’s claim to have any rights to these papers, arguing that the advice was provided to Baha Mar and not Mr Izmirlian’s BML Properties. He also said the latter vehicle was not entitled to them even if it had acted as Baha Mar’s manager as claimed.

Both CCA and China Export-Import Bank are owned by the Chinese state. Mr Izmirlian first alleged in August that the receivers appointed by the latter “surreptitiously delivered” papers crafted by his attorneys to CCA, claiming that the hand over occurred just one day before the Bahamian Supreme Court heard arguments over the contractor’s bid to gain access to them.

The Chinese state-owned contractor’s push to have the papers “unsealed” was rejected by the Bahamian courts, and Mr Izmirlian is effectively accusing it of circumventing this nation’s judicial system to obtain an advantage in their New York legal battle.

The issue has resurfaced after CCA and it attorneys recently sought to subpoena “extensive, privileged material” from one of the law firms that wrote the legal opinions central to the parties’ latest skirmish.

“Plaintiff remains concerned over improper use and dissemination of its privileged and protected material which, as we advised the court on August 9, 2019, was surreptitiously transmitted by Bahamian receivers to representatives of defendants, in China, one day before those same receivers told the Bahamian Supreme Court that plaintiffs privileged material remained under seal,” Mr Izmirlian’s attorneys told the New York court on October 16.

“On plaintiff’s behalf we respectfully request permission to seek an order to protect its privileged and protected material as described above. Alternatively, we respectfully request that the court consider appointing a special master to facilitate the resolution of this issue and subsequent discovery-disputes as and when they may arise.”

Then they came for me And there was no one left To speak out for me.