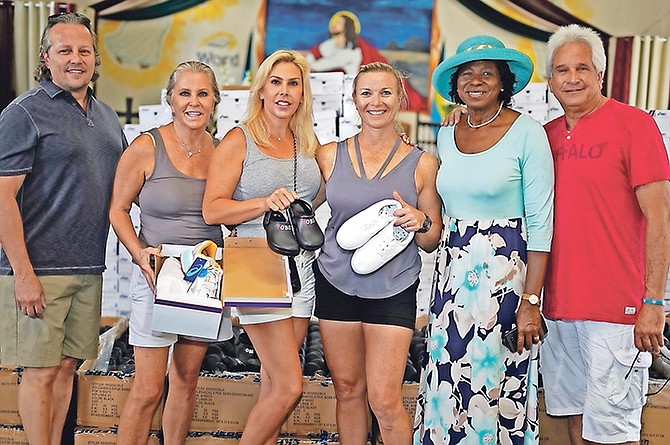 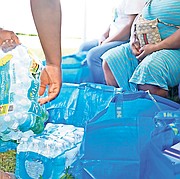 DOZENS of Hurricane Dorian victims from Abaco received food and clothing items yesterday from the Mother Pratt Foundation, which pledged to support storm survivors in the wake of the deadly storm.

Earlier this week, former Deputy Prime Minister Cynthia “Mother” Pratt noted that her foundation will be distributing various items from different centres to aid those who were displaced by the hurricane.

And when The Tribune canvassed one of the centres yesterday, many storm victims expressed gratitude to the foundation for providing support during this difficult period of their lives. One victim, who did not want to be named, said: “It’s not easy because some of us have lost everything. Sometimes, you feel depressed because you’re away from your island what you’re used to.

“And now we’re here in Nassau. Some of the people are kind and some ain’t too kind.. (but) I am very grateful to Mother Pratt and what’s she doing because a lot of us need help… so thank God for her.”

“I’m very grateful for Mother Pratt and for what’s being given today because it’s been hard for a lot us… to lose everything and to have to start all over again will not be easy so whatever help we can get is always appreciated,” she said.

Items distributed to victims, according to Mother Pratt, were donated by friends in the United States.

She commended Dianne Caciatore and Sarah Nickoson, who are long-term friends of the country, for their willingness to assist those who were affected by the powerful Category Five storm.

Speaking with The Tribune, Mrs Caciatore said that so far, they have been able to bring in two shipment containers.

Through the foundation, she maintains that they will continue to bring in supplies and assist storm victims wherever they can.