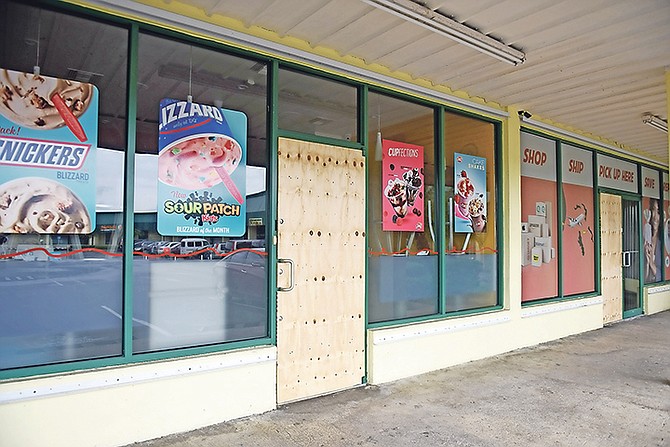 AS Hurricane Dorian ravaged the northwest islands and caused severe rain and flooding in New Providence, looters “used the opportunity” provided by the severe conditions to break into businesses on the island, Commissioner of Police Anthony Ferguson confirmed yesterday.

Speaking to The Tribune on the sidelines of a National Emergency Management Agency press conference yesterday, Commissioner Ferguson said the matter is under investigation.

When asked about the incident, the commissioner replied: “Obviously last night (Sunday night) you had some folks who used the opportunity (of) the conditions of the weather last night to break into a couple of business stores.

“That is actively under investigation.”

“(What) is wrong with people? After being spared this storm this (what) y’all doing?” one Facebook user wrote.

“These situations tend to bring out the worst in humanity,” another commented.

“No fear of God during such a (catastrophe),” someone else posted.

Were they really looters. Or is that just a /robbery

ALL looters should be shot on the spot! There is no excuse for such selfishly callous criminal behavior in times of calamity!