US Coast Guard airlifting injured out of Abaco 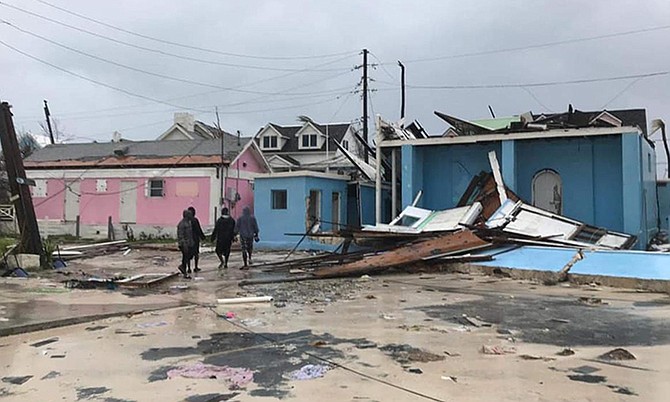 Hope Town, Abaco in the aftermath of Hurricane Dorian.

US Coast Guard picking up critically injured in Abaco 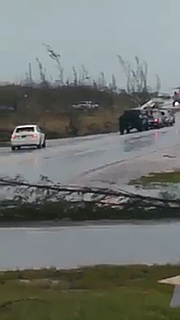 THE US Coast Guard started airlifting people in need of urgent medical care out of Abaco yesterday.

In a statement, officials from the US Embassy said the US Coast Guard launched a search and rescue operation in Abaco after Hurricane Dorian tore through the island as a Category 5 storm.

“The US Mission to the Bahamas is assisting victims of Hurricane Dorian in Abaco, in the Bahamas,” the statement said. “US Coast Guard helicopters are evacuating injured persons from the Marsh Harbour clinic to Nassau for urgent care. As of 4.30 pm on September 2, these helicopters have airlifted 12 persons out of Abaco.

“The US government is also working with Bahamian counterparts to begin coordinating broader relief efforts. The US government will be providing overflight support to collect imagery of critical infrastructure to provide to the Bahamian government to assist in its response efforts. Relief agencies will move quickly to assess the affected areas for humanitarian needs as soon as the weather permits.”

As rescue efforts continue, many Abaco residents who are holed up in hurricane shelters are worried about family members they have not been able to contact. That worry is compounded by the fact that many on the island have lost their homes and possessions.

A Dundas Town resident, who is staying in the Marsh Harbour clinic with about 300 other people, told this newspaper: “They are looking for family members, but don’t know where they are. People are also concerned about where they’ll stay after the storm passes.

“Many of the shelters got ruined so people had to choose between the government complex or the clinic. There are about 300 people here and about 25 people to a room.”

He said: “We are uncertain of what’s going on in Treasure Cay at the moment. We have been informed that Cooper’s Town was holding quite well. That’s all that we know at the moment. As soon as the wind subsides a bit more, the wind and the rain, we will go out and have a look.”

The minister said he received reports of bodies being seen but said he couldn’t confirm this until emergency crews did their assessment. However last night, Prime Minister Dr Hubert Minnis confirmed five fatalities in Abaco.

“We want to say to the citizens here in Abaco that are in the impacted areas, it is not safe to go outdoors,” Mr Henfield said. “Power lines are down, telephones are down, trees are across the streets. It is very dangerous to be outdoors if you don’t have to be outdoors.”

He added: “As soon as the weather permits our first responders will go to those areas where we had reports from individuals who were in distress. We have already organised our parties to move as soon as it is safe for them to do so. We will report back to country we are holding strong and steady here in the government complex which we turned into somewhat of a makeshift shelter.”

Mr Henfield said many structures in Abaco were compromised. When Dorian’s eye passed over the island, scores of people used it as an opportunity to escape unsafe structures and head to the island’s government complex.

Mr Henfield, speaking from the complex, said: “When we were in the eye, people were able to come to the shelter and find sanctuary and safety. People seem to be coming from all four angles towards this place.

“We also have people sheltered in the clinic; Marsh Harbour public clinic is packed to capacity as I understand it. Some injuries have been reported and so we are holding strong. We ask you to continue to pray for us.”

Now it seems strange that in an archipelago of islands we do not have one helicopter owned by defense forces. For drug interdiction, illegal immigration or maritime accidents or plane crashes at sea, we have to rely on boats to get there.

Many thanks to the US Coast Guard for their prompt and efficient response in a time of need.

Yes many thanks to US Coast Guard. Helicopters are much more difficult and expensive to maintain; risk:benefit for us= “stick with the fixed wing aircraft” and leave the choppers to the Coast Guard and US military 👍🏽

Thank God for good friends and neighbors! Now is the time for all hands to be on deck. "Many hands make work lite" This is absolutely the time to pray gratuitously for speared life and limb, but not the time to merely watch while others render much needed assistance. "Whatever thy hands finded to do, do it with all thy might". The same God who has showered us over many years with abundance and goodness, will do it again! Full physically invested optimism will not only ease the pain, but will also accelerate the speed of recovery. While it may be difficult now, for many this will prove to be a great opportunity for a new and fresh start.