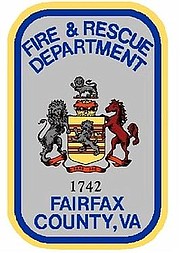 IN the wake of Hurricane Dorian, numerous international organisations are providing their services to aid the Bahamas in its recovery efforts, one of them being the Fairfax County Fire and Rescue Department's Urban Search and Rescue Team.

With 57 officers and four canines, the team will work with the Bahamian government to conduct search and rescue missions on the affected islands of Abaco and Grand Bahama.

“We got here at about 3am Thursday morning and we were able to work with the United States Coast Guard to do an aerial reconnaissance of both Abaco and most of Grand Bahama Island to sort of identify the priority needs for both humanitarian and search and rescue requirements," said John Morrison, public information officer of the Fairfax County Urban Search and Rescue Team.

"Based off of that we have identified, (we have) a place for our base of operations to be set up on Abaco. We actually have folks on the ground right now assessing our base that we saw from the air, to ensure that it is appropriate."

“We respond all around the world for disasters on behalf of the United States government. We are bringing about 50,000 pounds of equipment. I haven’t flown over yet, but based on what I have been told there is substantial damage and destruction in the direct path of the hurricane. So everything from roofs missing – and I am sure you guys have seen it – to complete structures (destroyed). And there are washed-out roads which really complicates moving things around the island, and that is why having aerial resources such as helicopters makes things much easier and complex in putting things at the right place and time,” he said.

Once set up, Mr Morrison said the intention is to hit those priority areas that both the Bahamian government and the reconnaissance flights have identified – putting team members on the ground, and essentially either via driving through those areas slowly, or walking through them, assess if there are any search and rescue needs or any humanitarian needs in those areas.

“So it is making contact with those people and assessing if they have food, water and medication, so that we can give that information to the Bahamian government as well as the United States Agency for International Development (USAID)," said Mr Morrison. "It depends what they have identified, we will begin today or in the very near future, I hope it is as soon as possible. It is just complicated because moving 57 people and 50,000 pounds of equipment is not a logistically easy thing to do."