FACE TO FACE: We don’t give these storms the respect they deserve

I had a chat about Hurricane Dorian with 29-year veteran meteorologist Wayne Neely, who has spent most of his professional life writing books with detailed accounts of hurricanes that have affected The Bahamas. I worked with him on two of them in the past. I notice that as the tales of storms, their passage through the archipelago, and the devastating aftermath are accounted, each time the country bounces back from formidable odds. This signifies a resilient people who must now pull together more than ever and stand the test of time and mother nature. 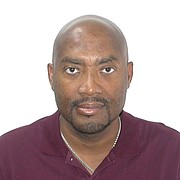 Wayne says: “Well first of all, my heart felt condolences goes out to the victims of Hurricane Dorian and to the many persons on both Abaco and Grand Bahama. It was a very powerful hurricane and one for the record books… being perhaps the strongest hurricane to impact The Bahamas. Having written 14 best-selling books, mostly on Bahamian hurricanes, I saw the great impact that the storms historically had on The Bahamas. But, I never imagined that Hurricane Dorian would devastate The Bahamas like it did.”

Q: “Tell me about Hurricane Dorian.”

A: “Dorian was a unique, very powerful, and devastating hurricane. Watching it, I was amazed at it from a meteorological standpoint because of how all the atmospheric conditions it encountered, came together to almost make it a perfect storm. Initially no one, not even the experts, predicted how powerful it would have become and having one of the strongest wind speeds on record in the North Atlantic, it only made the devastation worse.

“As a meteorologist, I simply stood in awe of this hurricane. It was a sad experience because I knew that I was watching a storm with almost perfect conditions descend on Abaco and Grand Bahama. There was a possibility that people were going to die, that homes and businesses would be destroyed, and that these islands could be devastated. Not only did my members of my immediate family lose homes, but my people of The Bahamas did also… and we are all Bahamians. If one of us is hurting, we owe it to ourselves and our countrymen to lend them a hand until they are able to stand on their own.”

Q: “What was it like at the Met Office when Hurricane Dorian was passing?”

A: “Well, working at the Met Office, it was extremely busy. Many calls are coming in constantly and it is the hub of activity. All eyes were on the Met Office for the latest alert. People were constantly calling in about the storm asking questions such as, ‘when and if to close their businesses’ and ‘what time will the storm impact us’ and so on.

“I was working at the upper air section and I was busy helping to deploy weather balloons to measure atmospheric conditions of the storm.”

Q: “What do your books teach us about the major hurricanes that affected The Bahamas?”

A: “Over the years, I often told my readers that it would only be a matter of time before the next big ones impact The Bahamas in a significant way. Well, it is safe to say, the next big one was here a week ago.

“I stated that Bahamians on the whole don’t give hurricanes the respect that they deserve. By not evacuating when ordered to do so, they make little or no preparations for an impending storm. Or, they take a lackadaisical attitude towards hurricanes, don’t insure their homes in the event a major hurricane impacts their homes. That is simply due to the fact that Bahamians prior to Matthew, Joaquin and other recent storms, have very little to go on as a template storm, so they lack hurricane experience. The only way Bahamians will give hurricanes the respect they deserve is by experiencing a major hurricane and now I think it is fair to say the powerful category 5 Hurricane changed that in a significant way. 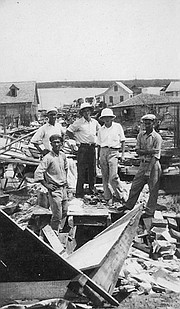 The Great Abaco Hurricane of 1932.

Q: “As you recorded the history of the hurricanes that have affected The Bahamas, which of the storms stood out?”

“To give you some idea how rare that is, since official records have been kept since 1851, there have only been 35 - Category Five hurricanes to hit the region. This storm devastated Abaco and Freeport. It levelled most communities like Green Turtle Cay, Hope Town, Marsh Harbour and killed 18 persons… and strangely enough it had a similar track like hurricane Dorian.”

Q: “Should we be looking at Tropical Storm Humberto?”

A: “That storm is quite a distance away so it is too early to tell, but it does have the ability to impact The Bahamas… so Bahamians should pay attention to this storm.”