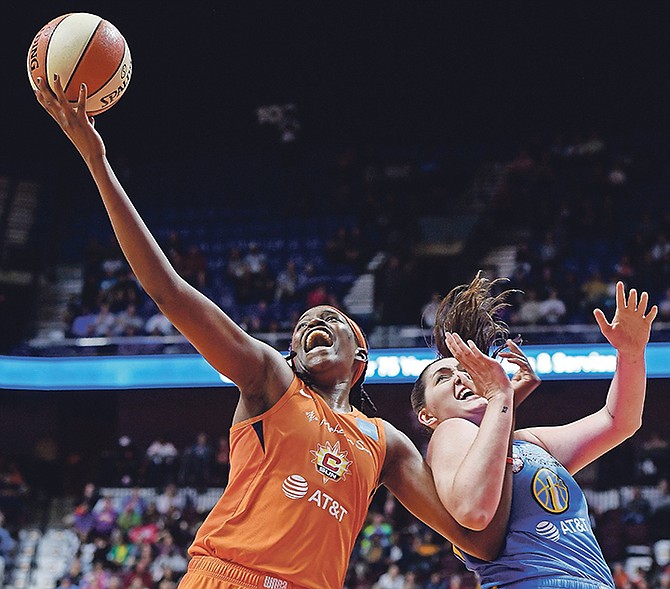 The postseason accolades have begun to roll in for Jonquel Jones as her Connecticut Sun prepare for a postseason run.

Jones made her debut as a member of the WNBA's All-Defensive First Team when the league announced the awards yesterday.

She finished third in Defensive Player of the Year voting system with 42 points to earn her spot on the first team.

Natasha Howard of the Seattle Storm was named Defensive Player of the Year with a total of 55 points. She received the maximum 11 votes from the WNBA's head coaches and was named to the First-Team for the second year.

The WNBA's 12 head coaches selected the All-Defensive First and Second teams by position and were not permitted to vote for players from their own teams. Players earned five points for each First Team vote and three points for each Second Team vote. If a player received votes at multiple positions, she was slotted at the position where she received the most votes.

Jones received six votes for the First Team and four for the Second Team.She led the league in blocked shots at a career high 2.0 per game and also finished fourth in defensive rebounds with 6.4 per game.

She finished the regular season with starts in all 34 appearances, averaged 14.6 points and 9.7 rebounds per game. Jones also posted career highs in steals (1.5 per game) and minutes played (28.8 per game).

This season, Jones grabbed 10 or more rebounds 16 times, including a season high 22 rebounds on May 31.