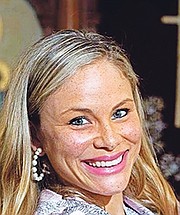 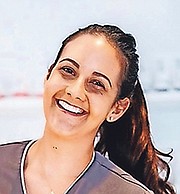 TWO volunteers have launched an initiative to help storm victims prepare updated resumes to assist them in their search for new jobs.

Karla Lisgaris, brand manager at Caribbean Bottling Co, said in the aftermath of Hurricane Dorian, she noticed a lot of victims were asking for assistance finding a new job but didn’t have a proper resume.

She said: “A friend of mine worked in Abaco and a lot of her friends came here and were asking for help to find work. When she would ask for resumes, they either didn’t have one or they didn’t have an updated one, or didn’t have access to a computer to update it if it had been saved in their email.”

Mrs Lisgaris said a friend, Raquel Baldacci, hatched the idea of helping storm victims create new resumes and a number of local businesses have made donations to assist with the ‘Get Back on Your Feet’ initiative.

“I’m in a few hurricane relief chats and I’ve been made aware that Calvary Bible Church was interested in letting a group use their space for some sort of Dorian relief,” she said. “We went and looked at the space, it’s secure and it has air conditioning.”

She added: “We’ve been reaching out to the private sector for HR volunteers. We are accepting basically any volunteers that’s computer literate, but someone in HR knows what to look for in a resume. Today (Thursday) is our first day and we’ve actually had six people come already and we’ve only been open for two hours.”

Mrs Lisgaris said the group plans to reach out to evacuees in shelters to assist them in building their resumes.

“Based on the turn out for the first two days then we’ll reach out to the shelters as well and see if we can work with a transportation company to see if we can move some people from the shelters to Calvary to assist them with resume building,” she said.

“We are also keeping copies of the resumes and we are going to sort them based on skill sets and share them with whatever companies express interest. Our main focus is really helping them build resumes but since we’ll have copies of them anyway, we said we would push out the resumes to different companies.”

Interested persons can visit Calvary Bible Church on Collins Avenue from 10am through 3pm, Monday to Friday.

Mrs Lisgaris said Caribbean Bottling also made product donations to the Bahamas Red Cross in Nassau and the Red Cross and Salvation Army in Grand Bahama.

“Since the storm, we have donated water and as of late we’ve been moving products. We are a company of 250 employees, the majority of them being young men. We have lots of trucks, forklifts and so we’ve really been helping people move (supplies) back and forth,” she said.

“We’ve helped NEMA distribute items to the various shelters. We also were making consistent deliveries out to Odyssey Airport for the evacuees coming in.”