Newlyweds Killed As House Swept Away By Storm Surge 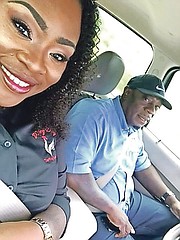 AFTER tying the knot in June, LaTravalia Williams and Agno Daniel were planning to start a family, but they never knew that their house in Lady Lakes would flood and be swept off its foundations by a deadly storm surge during Hurricane Dorian on September 2.

The Grand Bahama newlyweds were swept from their home and fought against a strong surge by clinging to a tree for hours, but despite their fight for life, they did not survive the horrific ordeal.

Mrs Williams-Daniel, 33, and her husband, were owners of Wing Ding, a new restaurant they opened in downtown, Freeport. Although they were married two months ago, the couple had been together for the past ten years.

According to her uncle, Samuel Williams Jr, they were planning to start a family. Two weeks after the wedding, he learned that his niece was pregnant, but had later suffered a miscarriage.

"I just can't believe it," said Mr Williams of their tragic deaths.

"Just to hear the last cry of her saying 'someone come save me,' is heart-wrenching," he said.

As water filled their house, the couple fled into their ceiling and had called a close relative to inform them of their desperate situation.

Mr Williams said his niece had contacted his daughter and told her they were trapped in the ceiling.

"They were communicating up to the time the signal went out. She told my daughter that the water was now coming in, and that it was touching her feet while they were clinging to the rafters in the ceiling. So, you are looking at least maybe about 20 to almost 25ft of surge water," he said.

She wrote: "We are currently in the ceiling! Water is above the windows, please send help when it's clear!! Lady Lake, in the back yellow house white metal roof, garage isn't completed. Our neighbours are also in their roof!"

However, a rescue would not arrive in time.

According to Mr Williams, a relative went out in a Jet Ski to rescue them and found Mr Daniel clinging to a tree.

They took Mr Daniel to Rand Memorial Hospital. Mr Williams said his niece's husband was in a critical state, and foaming at the mouth when found. He died two hours later, he said.

"Before he passed (away), he was talking and said, 'man y'all got to go back for Tray.' He said, 'I left her hanging on and holding onto something.'"

Mr Williams said when Mr Daniel's brother went back to the area, he could not find the young wife.

After the storm, Mr Williams' daughter went to the police station and reported that her cousin was still missing, but was informed by an officer that the description she had given fit that of a deceased individual that was found shortly after the storm's passage.

Mr Williams said his niece was like a daughter to him; and that she and his own daughter had grown up like sisters and were very close.

He recalled how happy and full of life she was on her wedding day.

"She was beautiful, she was happy, and she was full of laughter. She was a great person," he said.

His niece had tattooed the word "laughter" on the inside of her forearm, and a rose on her ankle, which helped relatives identify her body.


This was one of the hardest things he and his family have ever had to do, Mr Williams said.

"That was very difficult," he said.

When he spoke to The Tribune, the family was in the midst of making funeral arrangements. The couple's funeral was held Saturday at New Life Worship Centre.

When asked how is he coping with the loss, Mr Williams said that returning to work has helped.

"I try to keep my mind focus to be strong not only for yourself, but also for my family who are also struggling with it."

He said that his niece's mother - his sister - Patrice Williams, died a year ago.

"Right now, I still have my smile and people ask how could I still smile. My niece (LaTravalia) would not have wanted me to be sad," he said.