Insight: Abandoning Tourism Is A Fool’S Errand - We Just Need To Reimagine It 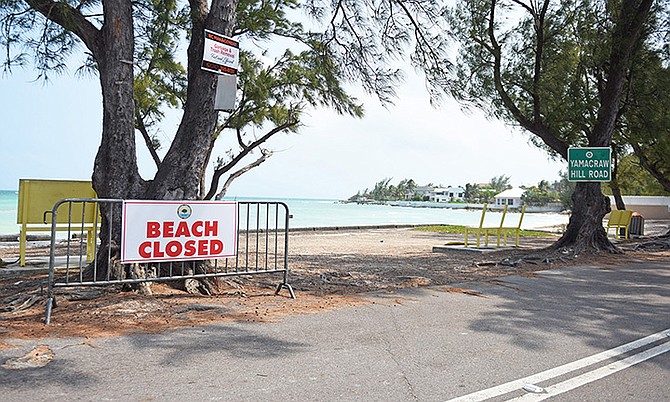 Last month, as the country was put under a series of lockdowns, Deputy Prime Minister Peter Turnquest said the government lost 70 percent of its revenue.

AMID the seismic shift taking place in the lives of many Bahamians, there is one question most of us are asking - how long can we endure this? Certainly, the discomfort of being cooped up in our houses for days on end can drive one to the point of insanity. But, when we go beyond the point of the curve flattening and the virus getting to a point where we can control it, we ought to really consider the new life that may await us.

Though it has been advised in this column and elsewhere that the country needs to innovate and diversify its revenue streams, that thinking is at best, abstract. Not diminishing its importance, we must recognise that today, the country is deprived of much-needed and depended upon revenue. Last month, as the country was put under a series of lockdowns, Deputy Prime Minister and Minister of Finance Peter Turnquest said the government lost 70 percent of its revenue – a trend we likely need to get used to for at least the next few months.

Putting hyperbole aside, as far as we can see, that isn’t projected to get any better in the short or medium term. Despite best case scenarios by the IDB depicting the country can regain 50 percent of lost tourism revenue by June, that is just as stated – a best case scenario.

With one of our main tourism markets still in the middle of an intense battle and public health experts sounding alarms that the US may too quickly be getting excited by a “false flattening” of their curve, any expectation that an opening of their economy without widespread testing may be wishful thinking. Moreover, travel experts aren’t recommending an opening of the US economy would translate into a resurrection economies in countries like The Bahamas either.

In reality, we are at the mercy of something we’ve never seen before.

Atmosphere Research Group, a strategic research firm specialising in the travel industry, makes a compelling case as to why we may not be able to sing any hoorahs until possibly 2023 – when leisure travellers regain confidence and recoup financial losses allowing them to finally take that dream vacation, which for many, has been more of a nightmare experience with more than 6,000 people still stuck at sea on coronavirus-infected cruise ships.

Nevertheless, as we indulge the idea of greener pastures, ARG states that in the first six to nine months of 2021, groups of “tip-toe travellers” will likely be the first ones to venture out. If all goes well, we may be able to benefit from a spike in tourism from this group, but for the next year and some, people may likely sit tight until a vaccine becomes available.

While those prospects can certainly be worse, a large composition of our tourist arrivals come by cruise ship, which have been coined as “floating dungeons” amid the coronavirus pandemic. While cruise ship tourists are not known for being big spenders, the reality is that they are still a source of revenue, which we can use every bit of at this time. However, we, and the ministry of tourism, should be pondering if their business will survive this.

Mathieu Porier, an epidemiologist and professor at York University in Toronto, says cruise companies suffer from a systemic issue that will likely continue to cause outbreaks on ships to remain prevalent. Pointing to low wages – in many cases under $5 an hour - to staff responsible for cleaning and sanitization, he posits that there is a great deal of uncalculated risk associated with countries supporting the resumption of cruise travel.

Nonetheless, the topic of the cruise industry’s survival continues to be polarising. While the advent of the coronavirus’ global spread was highlighted by horrific reports of entire ships at sea with the disease spreading among crew and passengers, there has still been a 40 percent increase in bookings for 2021, according to Cruise Compete, an online travel marketplace. Sure, this may be great for The Bahamas with the industry having accounted for nearly 5.5 million visitors to our shores in 2019 – more than three quarters of the 7.2 million people who visited The Bahamas, marking it a historic year. At the same time, it would be a huge gamble with no vaccine available.

Unfortunately for us, our hands may be forced with the revival of Grand Bahama and the Port of Nassau being linked to cruise developments – which is still a pretty big if, with Tourism Minister Dionisio D’Aguilar remaining skittish on discussing the future of those developments.

Therefore, as we continue to navigate through this crisis, our tourism product has to be reimagined. The government has to invest heavily in the Family Island experience and make eco-tourism more of a priority. Coming out of this experience, the simplicity of life is likely to become even more valuable with so many of our lives grinding to a halt. Coupling tourism projects with initiatives to promote agriculture and food security may be the way forward.

A complete deviation away from tourism would be a radical and unrealistic shift only resulting in a complete waste of our natural resources. Rather, we ought to be focusing on creating new experiences, and bolstering our efforts to ramp up domestic tourism. If we haven’t learned how fragile our economy is in the wake of this global health pandemic, it would truly be a wasted crisis.

All the re-imagining in the world won't address the grave issues for our country associated with the foreign owned cruise ship industry.

Tourism is what we do, and what we know. Rebuilding, maintaining and innovating the status quo in tourism should be priority one. However, diversifying the economy is decades behind schedule and must be given equally top priority!

Now is the time for the Bahamas and CARICOM as a block to re-write and standardize best practices for the cruise ship industry in our region that actually benefit our countries and people!

The nonsense of allowing the cruise ship industry to pit CARICOM states against each other for pittance gains must stop.

It is time we realized and began acting as we understand that tourists have been coming to our shores before the cruise ship industry and will continue coming to CARICOM states with or without cruise ships!

"Therefore, as we continue to navigate through this crisis, our tourism product has to be reimagined. The government has to invest heavily in the Family Island experience and make eco-tourism more of a priority. Coming out of this experience, the simplicity of life is likely to become even more valuable with so many of our lives grinding to a halt. Coupling tourism projects with initiatives to promote agriculture and food security may be the way forward."

Mr. Strachan, I think you are exactly right. On your whole premise. Thanks for this article.