A multi-billion dollar "currency swap" with the US Federal Reserve would provide The Bahamas with the necessary foreign currency to recover from the COVID-19 crisis, it has been advocated. 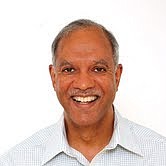 Dr Johnathan Rodgers, the well-known "eye doctor", writing HERE in Tribune Business today, argues that The Bahamas would merely be following other countries by agreeing to exchange Bahamian for US dollars with the American Central Bank.

While the Bahamian dollar is a non-convertible currency, Dr Rodgers suggests these holdings could be recycled and used to acquire loss-making state-owned enterprises (SOEs) such as Bahamasair and Bahamas Power & Light (BPL). He added that "the ultimate goal" would be turning them into profitable, efficient operations in which Bahamian investors also have equity ownership.

Dr Rodgers says the government has no choice but to "take some unconventional and creative steps" when it comes to rescuing the Bahamian economy from the COVID-19 fall-out due to its own high debt levels, the costs associated with further local and foreign currency borrowing, and the need to maintain the fixed exchange rate peg with the US dollar.

"It is imperative that the government find a source of inexpensive US dollars," he argues. "In my opinion, the cheapest and most readily available source of such US dollar funding would be through means of a currency swap between the US Federal Reserve and the Central Bank of the Bahamas.

"This, plus the US$2bn in reserves that are currently sitting in the Central Bank, would be sufficient to fund the entire recovery plan over the course of one year while maintaining the required peg reserves at $750m."

Dr Rodgers said the Bahamian dollars required for the currency swap could take the form of the digital Bahamian dollar, known as Sand Dollars, or a Bahamian sovereign bond carrying a zero interest rate could be issued to raise funds for the swap.

"Of the three options, the Sand Dollar would be the simplest and least expensive," he argued. "Furthermore, the US dollars received in the swap would be used for infrastructure projects, which would ultimately result in an increase in GDP in future years and a corresponding reduction in the debt-to-GDP ratio.

"In the aftermath of the crisis, the $4bn in Bahamian dollars that the Federal Reserve would have received as part of the swap arrangement would be used to invest in Bahamian assets such as Bahamasair, BPL and Water and Sewerage. The sale of these assets could be structured in such a way that all Bahamians would have a chance to have an equity position in them.

"At the end of the day, everyone would win as all of these privatised entities would be more efficiently managed. There would be a reduction in the cost of utilities, and government would no longer have to waste millions of dollars annually in subsidies, while Bahamian equity shareholders would receive dividends on their investments."

See Page 2B for full article

Clearly the eye doctor has been locked up for too long in his home.

Inigo must be on vacation. The doctor is filling in.

1) Why would the Fed do that ? 2) Where would The Central Bank of The Bahamas get $4 billion from, whether in B$ or Sand Dollars ? We don’t have a reserve currency like the US$, and creating money without backing will result in a devaluation.

What is required to run a company efficiently is not that difficult. Hire experts in that field and give them the authority to hire and fire. Even if they were foreigners, this would still be an example of Bahamianization, since ultimately we are looking towards the good of the nation. There is a big world out there, having many educated, competent and honest people willing to do a good job for a reasonable salary. All business owners know this. We have simply allowed politics, greed and ignorance to get in the way for the last 50 years. Had any of these SOEs been run by people of only moderate competency, there is absolutely no way this country would be in this sorry situation. It is a combination of vision-less, dishonest and uneducated leaders that have allowed this situation to get to this point. Yes, I do realize it is us who put these leaders there. But, that's a topic for another day, hey? As to the currency swap. We do realize that it is a rigged game out there. The Bahamas will not be holding the longest stick past day 1.

What an idiot!!!! The Bahamian currency is a soft currency, not convertible, propped up by reserves or which a great many are shaky and not so liquid. I don't know why this man thinks that he has something to contribute to economic thinking. He shows a total lack of understanding of how money, finance, capital and economics work. The B$ excess liquidity in the bank is funny money in the eyes of the world. A lot of what constitutes real value in any fiat currency, is related to confidence in the GDP numbers. I don't think that the government will dare to print the true numbers when this is all over. However, this idiocy is at least entertaining during the lockdown. It is almost as good as some of the comedy on youtube.

Unlike some commentators here I am not an expert in international currency transactions at the governmental or country level but I can see no rationale for the USA to do this particularly with their current administration. Now PR China...…...

Why would the Federal Reserve Bank do a currency swap with the Central Bank of the Bahamas?

I learned that when I visited Cuba,the Dominican Republic and the Turks and Caicos.In TCI,the us dollar was accepted as legal tender.In the other two countries it was converted into pesos.But not the bahamian dollars I had.

There are a few who advocate the "US dollarization" of the Bahamas. A number of other countries have done it. We are sitting on $2bn US in our reserves as it is, Stop and think: what would the U.S. gain in such a move? Think again before you say nothing.......

Our foreign currency reserves are nowhere near the equivalent of US$2 billion right now.

I agree. Most people have no inkling about the reserves. Let's suppose that the government "borrows" $100 million from the NIB and they say that they will pay it back in USD. That note, because it could eventually be worth $100 million USD is counted as reserves. Most of the reserves are non-liquid, non-fungible and not concrete, but rather abstract financial instruments denominated in US Dollars.

The US does not need a destabilized or China controlled Bahamas on its door step so this makes sense. I think it works like this: the Fed holds an account for our Central Bank, which is credited with US$. Our Central Bank then opens an account for the Fed and credits that with B$. Computer entries so far. The Central Bank here then enters into a binding agreement for the re-purchase of the US$ at some future date and the second transaction unwinds the first. The Federal Reserve has done this with a number of countries that enjoy good relations with the U.S. It’s not free money but provides liquidity at a crucial time and is a lifeline that can lift the Bahamas into prosperity. I should expect the Fed would be provided with a Business Plan showing how the credit line would be used to build the country’s infrastructure and economy. I have no knowledge of this other than what I read but that’s my 2 cents’