Insight: So What Happened To Luann Joaquim? 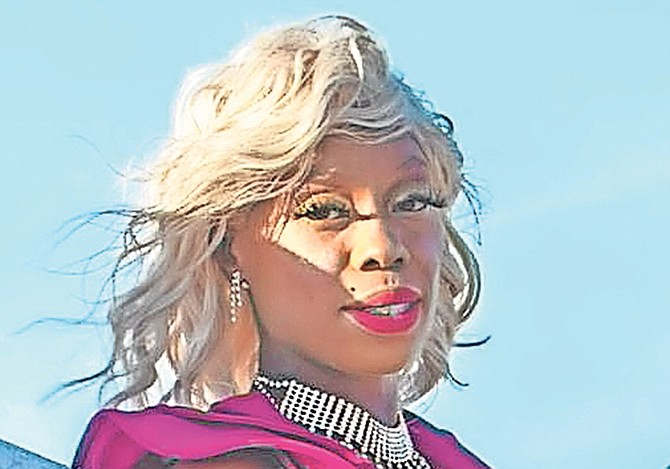 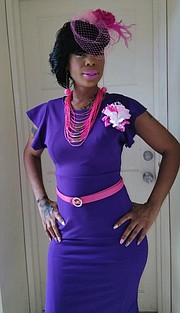 Luann Joaquim was on her way home when she was hit by a tan-coloured Nissan Elgrand, sending her spinning into the air.

WHAT seemed to be a routine ride home resulted in total tragedy and unanswered questions for the family of Luann Joaquim.

At about 10pm on November 13 last year Luann completed her shift at Bruno’s on Arawak Cay where she worked as a bartender. She headed home by taxi on West Bay Street and as she got out of the vehicle to walk the last yards to her home – just feet away from a police station – she was hit by a tan coloured Nissan Elgrand, sending her spinning many feet above ground and landing on her head by Sands Beach Bar and Grill, yards away from where she was hit.

The driver of the Nissan – licence plate, either AB1617 or AD1617 – made a split second decision and fled the scene. She chose not to get our of her car and see if the person she had hit needed help.

As chance would have it another motorist saw what happened and gave chase in his own vehicle only for minutes later to be stopped by police for speeding and reckless driving.

The route of the chase was from West Bay Street to Bay Street, to Parliament Street and eventually on to East Street where the police stopped the chasing car while the hit-and-run car sped away, eventually, it is alleged, driving the severely damaged car into the Police Barracks.

“From what I could see when I was chasing the car, it was a woman,” said the eyewitness who gave chase.

“I could see a ponytail. I thought it was really bad to just send that woman flying in the air like that and drive off from the scene. That woman flew in the air and landed all the way by where we were. The driver left her to die in the road like a dog. So I went in my truck and drove after the car.”

The witness, afraid to reveal his ID, said he is almost 100 percent certain the car turned into the police barracks.

“When the police stopped me, I was trying to tell them to go after the car. I was not the one they needed to stop, it was the other car. I gave them the licence plate and told them that the windshield and the fender of the car was mashed up.”

What occurred next was a nightmare for Luann’s family and her fiancé.

Luann’s injuries from the hit and run included severe injuries to her brain (she had a large gash in the back of her head), a broken neck and spine and a punctured heart. With all of those injuries she struggled to stay alive for two days. Her eyes flickered constantly, but finally on November 15, she quietly succumbed to her injuries in her hospital bed.

Born on February 17, 1982, Luann would have celebrated her 38th birthday this year had she not been mowed down on that fateful night.

“We asked about all the CCTV cameras on West Bay Street in the area of the accident and on Bay Street where the car drove and the answer we got was ridiculous. What are all those cameras for if the police can’t retrieve footage from them to solve crimes?”

Marshall came to Nassau upon receiving news of the accident from Luann’s family. He eventually returned to Florida when everything seemed to hit a dead end. Luann’s brother, Calanda Cartwright, continued the search for answers to his sister’s death.

“When this incident happened, the family and my sister’s fiancé counted at least 10 CCTV cameras and building cameras where the Elgrand would have travelled,” said Cartwright remembering his sister’s tragic death.

“I pointed out this to the police, the officer – Cash was his name – and I had to call him back to see if he had looked at the footage as we got no call. When I called him back he told me that the police force did not have the manpower or funds to have someone sit and go through the footage to see who killed my sister. This response caught me off guard completely. I could not believe that was said to me. That was the dead end we came to.”

Fiancé Marshall, after months of getting no satisfaction from police on Luann’s death turned to The Tribune. “I should have come to the press earlier,” Marshall said. “We are going this way now because we don’t want to give up. We want answers on Luann’s death. No one should have the right to just kill someone and drive off. How can you just say you have no resources to view footage?”

The evident agony and frustration that this fiancé and family are currently experiencing all rests upon answers from the police in bringing the hit-and-run driver to justice. The Tribune spoke with the Commissioner of Police who promised to do his best to assist. “I am not aware of this at all, but I will definitely look into it,” the Commissioner said. “I will have a look at it and see how best I can assist. I am not familiar with the case so I will call for the file and review it and ensure that the officers conduct the necessary investigation. After I have spoken to them, the officers will be in contact with the family.”

Marshall and Luann’s family erected a small memorial of a wreath and a heart on the site where she landed after being hit on the night of November 13, 2019.

Today the memorial has vanished.

Wow! that is sad, I pray that justice is found and served.

Hmm...strange. It shouldn't havd been hard to find the car. Just do a search of registered vehicles at road traffic or customs imports. Injustice everywhere it seems

Ouch! But, are we surprised?

Based on the route the car took there were plenty of CCTV cameras that would have caught the driver. As they haven't we all know why.

“ When I called him back he told me that the police force did not have the manpower or funds to have someone sit and go through the footage to see who killed my sister.”

Wow. Just ... wow. And they have a license plate number and description of the vehicle, too? So ... just what exactly are the police doing all day?

This is an outrage ... but we’ve all become numb to outrage.

This is a matter warranting not only a full investigation by police commissioner Rolle, but also a full explanation to the public at large of his findings. And Marvin Dames owes us all an explanation as well given that he has our government (the taxpayers) paying millions of dollars for CCTV equipment and related monitoring services.

No doubt Dames will come forward with some nonsensical mumbo jumbo in short order. What a tragic loss for the lady's family. What utter bull crap from the men and women in black and white and khaki.