Activtrades: The Eternal Appeal Of Youth 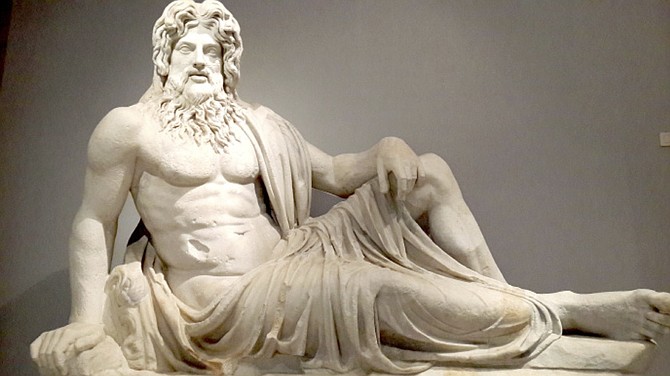 Statue of Okeanos in Rome.

It’s becoming increasingly common to hear that 40s is the new 30s, 50s the new 40s and so on. But is it really so? Undeniably, many of us appear younger than our parents did at the same age. This may be the result of successful public health campaigns, generating awareness over the importance of a healthy life style. It’s also, perhaps, the consequence of a cultural shift that promotes youth as desirable, while neglecting more traditional values that used to empower old age with an aura of experience-based knowledge and dignity.

Countless mature adults - and some not yet so mature - spend a great deal of time and money looking after themselves; going to the gym, applying the latest skin care product, eating the right foods and wearing the latest fashion. Life-style businesses are thriving. According to the publication Business Insider, the worldwide fitness industry generated nearly $100bn in revenues during 2019. Meanwhile, the size of the global skin care market is estimated to be worth almost $150bn this year, according to data published by the website statista.com, compared with just under $100bn in 2012, with the most expensive beauty cream in the world selling at $13,000 for a 50 gram jar (less than two ounces), roughly three times more expensive than gold.

But few industries reflect our collective obsession with appearance and youthfulness as much as that of cosmetic procedures and surgery. This segment has been gaining global traction, growing exponentially; according to the firm NK Wood Research, it is expected to globally generate more than $50bn by 2028, becoming an increasingly significant niche within the medical sector.

If we take a look at the stock market, we will also find signs of our collective fascination with personal grooming. L’oréal, the world’s largest cosmetics company, with headquarters in Paris, has seen the value of its stock rise by more than 80 percent over the last three years. Interestingly, roughly a quarter of these gains occurred within the last four months, coinciding with the coronavirus crisis and the related lockdowns; confined at home, facing a colossal economic crisis and a future that is uncertain, many of us responded by spending more on products designed to improve our appearance and youthfulness.

Scientists around the world are currently conducting experiments and studying the mechanisms of ageing. Hopes of a breakthrough are mounting, following a study published last June by a team of researchers at the University of California, Berkeley. The experts found a way to reverse signs of ageing in lab mice, through the manipulation of blood plasma. The same team of investigators is currently finalising clinical trials, to determine if such a technique can be applied in humans to treat diseases associated with old age, by reversing the process of ageing. Such a development would represent a massive scientific breakthrough, that would revolutionise medicine and unlock immense business opportunities.

Considering how much we spend on beauty creams; how valuable would the commercialisation of age-reversing be?