Luciano’S Staff Will Receive Their Cash 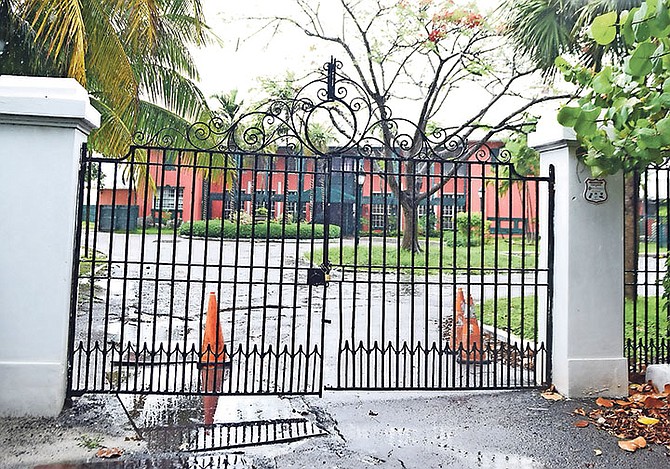 FORMER staff members of Luciano’s have threatened to take legal action over severance pay, but a spokesperson for the popular high-end eatery says it’s a “non-issue” that will be taken care of in the weeks ahead.

The restaurant first closed its doors in March when the COVID-19 pandemic hit The Bahamas, jolting the economy to a stand still. Sadly, after a ten year run, it never reopened for business and some 72 employees were informed of the closure shortly before reports of the same hit the media in May.

They were not given severance pay at the time information of the closure was given to them. George Meyers is a chief shareholder in Luciano’s restaurant.

HR Solutions is the company that manages Luciano’s.

“We are out here with no money,” said a former staff member, speaking to the Tribune on behalf of the disengaged staff.

“We are speaking to a lawyer on this. They paid off all the foreigners who worked there, but the Bahamians are not being paid,” the worker alleged.

“From May until now, nothing. If you decided to close your company, then why you didn’t just pay us our money when you made this decision? Luciano’s is a restaurant that has made millions of dollars. Where did the staff money go?

“We went to NIB to see if we could get some money, but NIB said there was no money there for us and sent us back to check with Luciano’s. . .Now we are in a position when we (are) getting turned around from this company and cannot get anything. This is so unfair, but this is what Bahamians are going through in this country, today. It’s like we have no rights.”

The Tribune contacted Sonja Toote, proprietor of HR Solutions, who said she normally does not speak to the media and could only offer commentary after speaking with the restaurant’s shareholders. She later returned a call to The Tribune.

“So far, from where I sit it’s a non-issue as far as them being concerned if something was paid or isn’t paid,” Ms Toote said. “Three weeks ago they have already started picking up their vacation pay. I know one of them who expressed being angry in the past, he is one of the first ones who came in to get his vacation cheque. This is just our people and our culture, they rattle up the crew and they are the first with the double standards. The seat that I sit in, I am quite aware of what’s going on.

“Once they calm down, they will come in and apologise and say they are not a part of this or that. It does not matter to me. We are here to do what we have to do for them and this is the way we are going to do it. It’s not like we are saying, ‘no, we don’t have anything for you’. Yes we do have something for them. It’s been acknowledged and we are not running from anything. We never said that they won’t receive anything. That was never said.”

Ms Toote also said despite concerns, NIB contributions for the staff have been paid. She said if the staff went to receive benefits and were turned down, it could only be because they did not qualify.

“Nobody was held back from receiving NIB payments because of lack of contributions being paid from the company,” Ms Toote continued. “Everything was done for everyone to receive funds from NIB due to COVID-19. If they didn’t get it then obviously they didn’t qualify. As far as vacation pay is concerned, I have been issuing vacation pay for the last three weeks from my office. We emailed everybody and those who didn’t come in right away we sent out a second email to them or got on the phone and called them. So that’s not a problem or has it been an issue.

“As far as the payout is concerned, we are still looking at that. Some of the people we spoke to already. . .(know) what they will be receiving. So that will be something that once we go back in next week into the office, I will be speaking with them on those payments. We will then reach out to the staff letting them know what is what. I will be telling them how much they will be receiving first.”

Speaking to negotiations on the payouts, Ms Toote indicated that even if one follows the guidelines on coming up with a figure, there are always perceptions of what it should be.

“Our key is wanting them to come in one by one and have that conversation. We will send out a general email and they will be invited in and we will share with them, individually. As soon as they see the payout and say they are accepting it then I am sure within a week after they say ‘yes’ and I have to gather the information to send in to Luciano’s shareholders, they will be paid. I am sure it will be a week after.”

Asked if there was a reason why the staff was being paid ‘piecemeal’, Ms Toote said she could not answer that and indicated that it was the decision of the shareholders.