Govt Puts 'Roadblocks' On 50% Of Construction 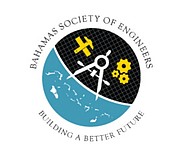 The government’s tightening of restrictions on hardware stores has created “roadblocks” preventing more than 50 percent of the construction industry from functioning properly, a top engineer is warning.

Quentin Knowles, The Bahamas’ Society of Engineers (BSE) president, told Tribune Business that limiting the hardware stores that can open for curbside service three times’ a week to just those supplying lumber and hardware has deprived specialist contractors such as his firm from accessing all the supplies it needs.

The Flameless Electrical Contracting chief, revealing that it took his firm some six hours on Friday to find all the electrical components staff required and deliver them to job sites, warned that construction projects would face increased costs and time as a result.

Construction is one of the few industries currently allowed to operate under conditions close to normal, making it a vital source of jobs, income and spending during the bleak COVID-19 lockdown. Mr Knowles, though, in calling for the restrictions unveiled on Thursday, August 13, to be reviewed and eased, argued that they were counter-productive.

Expressing regret at having to go to the media, he said: “As an electrical contractor, the decision to only allow hardware stores that sell lumber and concrete supplies to operate during the lockdown has obviously been informed by those who know nothing about the construction industry.

“If the advisors to the prime minister understood the construction industry, they would know that over 50 percent of construction work consists of trades that uses supplies other than concrete and lumber.

“Additionally, the suppliers that sell these supplies in most cases, if not all, do not carry the necessary parts and pieces that, for example electrical contractors need. The same applies to HVAC, plumbing, fire protection and other specialty trades,” Mr Knowles continued.

“We have over 40 people in our employ and we are trying our best to keep them employed. But when our business is disrupted in this manner, the loss of productivity as a result of not having access to the necessary material when we need it calls into question whether it is feasible to remain operational. In this time of economic crisis, The Bahamas can ill afford for any business to close its operations.”

Detailing the specific impact on his business, Mr Knowles told Tribune Business: “I got into the office on Friday morning, and one of my project managers was complaining about supplies. I looked into it, and all the electrical supply houses were closed.

“We had to send our delivery guy searching supply houses for parts that we needed that day. It took them six hours. They tried every place we could think of. They’re going to have to amend that order to allow at least the major suppliers of specialist materials, especially construction trade suppliers, to open up on the same schedule as hardware stores.”

He explained that the likes of electricians, plumbers, air conditioning, fire protection and HVAC contractors all relied upon specialist supply stores that the Government has ordered to close for critical parts that they themselves do not carry, and which are not normally found in general hardware stores.

“Somebody sent me that [August 13] order and I was surprised. I was like: ‘Man, we’re trying to get some construction going and put people to work’, and they’re putting roadblocks in front of us,” Mr Knowles said.

“It clearly demonstrates they’re [the Government] not consulting with everyone they should be consulting with. It’s obvious when you’re frustrating half of your construction industry. Not everyone pours concrete.

“There are many trades that make construction. There’s a whole slew of sub-contractors. Without those other contractors having ample access to supplies at the very least it creates a big potential issue,” he continued.

“I’m working on a project now where we need to do electrical work in the walls and what have you, and until we have done the wall electrical work the general contractor cannot do the sheet rock work and the ceiling. It holds up all construction if they have to wait around for us to get supplies to rough in a wall and put in wiring. They need to address that.”

Mr Knowles said the private sector needed to have a better way to communicate with the Prime Minister’s Office (Competent Authority) and the Government over any COVID-19 lockdown concerns, as he revealed that none of the e-mails, Facebook messages and other communications sent since March 2020 have received a reply.

Suggesting that such messages were likely “getting lost in the sea” of other communications, Mr Knowles said of the latest hardware store restrictions: “It will have a detrimental impact on construction, no question.

“I’m frantically trying to keep my people employed. You spend years developing the good ones, and don’t want to lose them. They [the Government] cannot rely on NIB for everything. The more roadblocks you put in our way makes it more difficult to operate in an environment where we face all these other things. Something has to give.”

Mr Knowles was backed by Leonard Sands, the former Bahamian Contractors Association (BCA) president, who said the inability of specialist contractors such as electricians to obtain all the supplies they need would have “a cascading effect” across a construction project.

Delays in completing their work, he explained, could hinder the main contractor from progressing work sufficiently to obtain a “stage payment” from the client and be able to pay all his sub-contractors for work rendered.

how can you continue rebuilding your home if hardware stores like Kellys and Ace are still in devastated state since Dorian and you have to stand 5 hours in baking sun to buy a screw. Switch on your brain

If the advisors to the prime minister understood the construction industry, they would know that over 50 percent of construction work consists of trades that uses supplies other than concrete and lumber.

Wrong. No one needs electrical supplies if the power will always be off.

I have a business idea.... lets bring some pedal driven concrete mixers to the Bahamas, I'm sure chinese have some

First we need to find a mind.

You right. I see why this COVID thing so hard. I couldn't even follow my own advice.

Let the virus run through and kill the weak among us and let business thrive. What, one to give percent of the people.whom contract the virus will die, but if it is your loved ones die , it is 100%

lockdowns are against the Bible. People should be working, not sitting around to avoid death. It will get you one day that's God will

It's not so difficult to keep up with these clowns. Any store owner with half a brain could have one piece of 2x4 for sale in the shop window. Would probably take a week for all the "Karens" to be bitching loudly enough for "the medical experts" to come up with some other mind-numbing "scientific" reason to strangle the life out of the economy

It took your staff six hours to assemble some electrical components? You don’t buy materials specifically for the contract? Don’t you have any stock on your own shelves, or you relying on AG now that Taylor gone under?