DIANE PHILLIPS: Once I was lost, now I am found 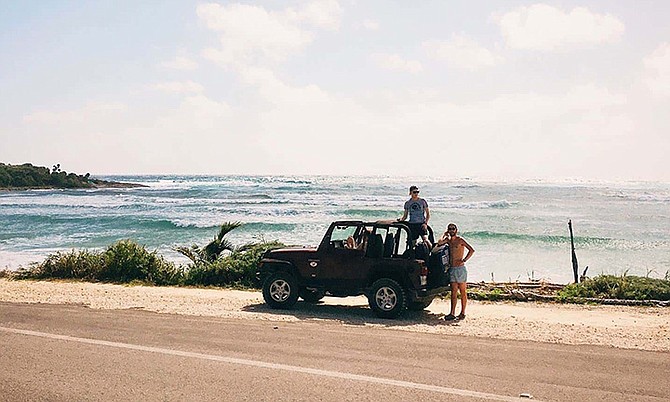 Once upon a time, a family took a long vacation by van, exploring the backwoods and places they had never been before. Though taking the lesser known route came with some risk, it was a chance to unite, to be together and what an adventure it would be, creating memories to last a lifetime.

They didn’t worry about road maps or GPS, believing that faith, common sense and an innate sense of direction would let them find the way.

One day, Dad, whom everyone trusted knowing he loved his family with all his heart, took a wrong turn. The road got narrower and narrower as night was falling and the howling winds warned of an impending storm.

Although Momma was secretly scared, she tried her best to conceal her fear from their children in the rear. She knew at any moment the sun would make its final appearance and slip below the horizon, leaving darkness from which finding an escape route would be difficult. They could be stranded without food or water, especially hard on the little ones whom she tried to calm with soft words and song, though the older kids took more convincing.

“Please understand Daddy did this because no one had gone down this road before and he thought he was taking the best route possible to get us where we wanted to go.” Secretly, she wondered why he refused to seek or accept her opinion when she had offered it and he had counted on it so many times before. Or why he failed to stop at that gas station or the farm they passed earlier. Either could have been good sources of information.

The night was as rough and troubling as Mom feared it would be. Darkness descended and the few candy bars and gallon jug of water were long gone before the morning light began to shine.

The next morning, weary, Dad turned the car around and headed back to the highway, bringing relief to his hungry family who piled out of the van and into the first food store they saw. The path of the storm was still uncertain, but one thing was clear. His family knew he never meant to harm them or put them in harm’s way. It was just a family adventure, after all, and Daddy promised that if the scenery the family was hoping to find could not be found on GPS and there was no road map to the road never before explored, he would at least turn to the family by his side and ask which fork in the road they thought he should take.

And for that, they forgave one wrong turn and suggested that they all continue the adventure with a plan in hand. The hugs that followed would bring tears to anyone’s eyes who watched a family that was not about to be rent asunder by one wrong turn so long as that plan was close at hand.

Time for the chamber to make loud its concerns for businesses

It’s no secret that the Bahamas Chamber of Commerce and Employers’ Confederation has an important role to play as the voice of business in The Bahamas. So why, now more than ever, when business needs to have its voice heard is the Chamber not out there shouting the struggles of the thousands of small and medium size businesses that are hurting? It’s not for lack of trying, Chamber head Jeffrey Beckles is doing his best and hats off to him for trying. There are two reasons, a reasonable person could easily argue, that the Chamber does not have the strength at the table that it should. One, it needs to create a greater value proposition for members, a health insurance plan that all members can take advantage of, for instance, or larger premises which members can use at a greatly reduced cost for annual general meetings, conferences or presentations when in-person assemblies resume.

Two, it lacks advertising dollars. Imagine if the Chamber had an ad campaign that showed the thousands of workers who make up those small to medium size businesses losing their jobs, falling off a platform one by one. Our stomachs churn when we see a hungry child. But why do we stop there when what we should be asking is why is that child’s mother or father not able to provide for them? What happened to the business they worked for, the hotel, restaurant, retail store, light manufacturer? By representing employers, the Chamber is seen to put owners or operators ahead of employees when the reality is that everyone who has ever played a significant role in the Chamber’s activities has understood that the two are economic Siamese twins, unable to survive without each other.

The report released by IDB claiming that one in six Bahamian jobs could be on the line as a result of the COVID-19 pandemic, placing 100,000 Bahamians in the vulnerable employment category, should be enough to scare the sweat pants off anyone. Surely, those who support the Chamber need to step up now, use some of their contracted advertising space in print, electronic or online platforms to tell the full business side of the story, burying the notion that businesses who furlough staff or have to let them go are doing it out of greed and replacing that fallow, shallow thinking by the reality that neither employee nor employer can live without one another and together, both need and breed a vibrant economy.